One size does not fit all

A look at private company financial reporting in the U. S. and tiered GAAP alternatives being considered abroad 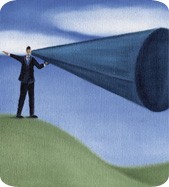 The U.S. stakeholders—issuers, preparers, users, auditors, standard setters and others—have expressed concern over “the goodness of fit” of current FASB standards to public companies as well as approximately 28 million private companies and businesses. The “one size fits all” school of thought has dominated the FASB mentality. Private companies’ financial reporting requirements have continuously been trumped by public company issues.

On the heels of a call in 2011 for an independent standard setter for private companies, the Financial Accounting Foundation (FAF), FASB’s parent organization, proposed the creation of the Private Company Standards Improvement Council (PCSIC). The council’s decisions would be subject to ratification by FASB. It appears that the FAF solution to this private company financial reporting problem is very similar to past promised solutions, such as the creation of the Private Company Financial Reporting Committee (PCFRC), which has struggled to gain traction on key issues.

The report by the Blue-Ribbon Panel on Standard Setting for Private Companies expressed the concerns of the professional accounting community in the U.S., which are consistent with questions being raised about private company standards by the international professional accounting community. The international community standard setters are addressing the issue directly, as outlined in this article by examples of tiered GAAP proposals.

In 1971, the Wheat Committee was asked to find ways for the AICPA to improve its function of establishing accounting principles. Their work and final report in 1971 led to the creation of FASB and FAF.

The separate reporting needs of private companies have not gone unnoticed. In 2004, FASB created a Small Business Advisory Committee (SBAC) to generate more active involvement by the small business community in the development of financial accounting and reporting standards. The SBAC provides additional and ongoing input on issues before FASB.

In 2005, the AICPA created the Private Company Financial Reporting Task Force to study private company accounting. The Blue-Ribbon Panel said the report issued by that task force, commonly known as the Castellano Report, “concluded that the users of private company financial statements have different needs than users of public company financial statements, (and) that GAAP exceptions and OCBOA should not be the resolution to the private company financial reporting problems.” In the wake of that report, FASB created the PCFRC, which is charged with providing recommendations to FASB about differences in prospective and existing GAAP accounting standards related to private companies based on user needs and cost/benefit considerations. In its proposal to create the PCSIC, FAF conceded that the PCFRC had not been wholly successful in achieving its mission for a variety of reasons, including the fact that “in the PCFRC’s early years, the FASB did not participate fully in its processes or pay sufficient attention to its recommendations.”

THE CALL FOR PRIVATE COMPANY GAAP

With the private companies issue still unresolved, the AICPA, FAF and the National Association of State Boards of Accountancy (NASBA) in 2009 created the Blue-Ribbon Panel, whose purpose was to address the needs of users of U.S. private company financial statements. The resulting report, issued in January 2011 (and available at tinyurl.com/3ez7as5), described the private company GAAP issue as “urgent and growing” and recommended:

2. A “private company accounting standards board” under FAF’s oversight. The new board would be independent of FASB and have standard-setting authority to determine and set exceptions and modifications in GAAP for privately held companies.

FAF, upon receipt of the Blue-Ribbon Panel report, established a Trustee Working Group to address the accounting standard-setting process for private companies. In October, FAF presented these recommendations:

2. Create a special-purpose committee of FAF trustees, the Private Company Review Committee, to oversee the activities of the PCSIC and its interactions with FASB during a three-year transition period.

a. The PCSIC should develop, deliberate and formally vote on specific exceptions or modifications to U.S. GAAP.

b. PCSIC meetings should be attended by all FASB members.

c. PCSIC conclusions should be ratified by FASB.

d. FASB-ratified PCSIC conclusions should be exposed for public comment.

f. The PCSIC submits vote to FASB for final ratification.

4. After the transition period, the Private Company Review Committee would disband and the responsibilities would be assumed by FAF’s Standard-Setting Process Oversight Committee.

Individuals and organizations have until Jan. 14 to submit comments on the plan. FAF’s recommendations are available at tinyurl.com/69tzucv.

Concern over whether IFRS is universally appropriate for all reporting entities led the IASB to issue in 2009 IFRS for Small and Medium-sized Entities (IFRS for SMEs). The IFRS for SMEs Fact Sheet (available at tinyurl.com/75epk9w) summarized five types of simplifications:

The IASB omitted from IFRS for SMEs:

Last October, the IASB invited the Institute of Chartered Accountants of Scotland (ICAS) and the New Zealand Institute of Chartered Accountants (NZICA) to form a Joint Working Group to consider whether IFRS’ mandatory disclosures scheme should be streamlined to allow more meaningful financial reporting. The Joint Working Group recognized that a decade of new or revised accounting standards had added significantly more disclosures, which negatively affect the utility of financial statements, and that this issue needed immediate attention.

The Joint Working Group approached its review of existing standards by emphasizing the materiality aspect to financial disclosures. When taking materiality into consideration, the members found that many of the current disclosures are not needed or could be minimized with no impairment to the full-disclosure principle. In fact, the 142 pages of recommendations might make the financial statements, including note disclosures, more understandable and readable, according to the NZICA’s paper Losing the excess baggage (available at www.nzica.com/reducingdisclosures.aspx). As the Working Group reported, the ICAS and NZICA opined that, when taken as a whole, disclosures mandated by current IFRS confuse capital markets with detail, and should be replaced with a principles-based approach that eliminates disclosures unless they are material.

TIERED GAAP ALTERNATIVES IN THE UK AND NEW ZEALAND

The United Kingdom’s Accounting Standards Board (ASB) in October 2010 issued a Financial Reporting Exposure Draft (available at tinyurl.com/25dokfu) that stated that “one size of accounting standard does not fit all entities” and proposed a three-tier system for GAAP. Based on accountability criteria as adopted from IFRS, the proposal calls for a system for financial reporting that requires entities to prepare financial statements in one of the following three tiers (an entity may voluntarily elect to adopt a higher tier). Based on the original proposal and recent tentative decisions reached by the U.K. ASB, the proposed tiers would be:

The draft Financial Reporting Standard for Medium-sized Entities is based on IFRS for SMEs and is less than 400 pages versus the 2,000-page book of U.K. accounting standards. The U.K. ASB called the current U.K. standards “unwieldy” and said they were lacking a “coherent framework.”

The XRB issued in September Accounting Standards Framework: A Multi Standards Approach and two consultation papers, including Accounting Standards Framework for General Purpose Financial Reporting by For-Profit Entities. The comment period for the proposals ended Dec. 16. (The papers are available at tinyurl.com/7e3wtwr.) Taken together, the papers outline a proposed new accounting (and assurance) standards framework for general-purpose financial reporting. For-profit entities would be classified in the following two tiers:

By mid-2013, small and medium-size companies that are not issuers likely will no longer have to prepare general-purpose financial reports, according to recent pronouncements.

Private company accounting and reporting needs have been broadly documented and recognized in the U.S. and by the international community. Business enterprises today come in all shapes and sizes with many currently participating or having an interest in participating in the broader global economy. A one-size-fits-all accounting approach is inadequate for such a diverse national, let alone global, business community. There have been continuous improvements to the process of private company (SME) financial reporting standards by the international jurisdictional standard setters. We believe that the IASB, the U.K. and New Zealand are all moving in the appropriate direction of improving accounting standards for private companies.

Financial reporting standards must stay focused on the users’ needs. One size fits all has not and will not work. The millions of private companies in the U.S. and their financial information users need to be better served. It took FAF more than 10 years after it was established to recognize the need for a separate board to effectively set standards for governmental entities. Thus in 1984, FAF created the Governmental Accounting Standards Board (GASB) to meet the needs of state and local government financial statement users. It appears that now is the time for FAF to recognize that FASB has not and cannot provide the appropriate attention to both the public company and private company financial reporting sectors. FAF needs to establish an independent private company accounting standards board.

The Blue-Ribbon Panel on Standard Setting for Private Companies recommended in January 2011 U.S. GAAP for private companies based on existing U.S. GAAP but with exceptions and modifications and a “private company accounting standards board” under the oversight of the Financial Accounting Foundation (FAF), independent of FASB.

In October, FAF proposed the creation of a Private Company Standards Improvement Council (PCSIC) to determine whether exceptions or modifications to U.S. GAAP are required to improve standards for private companies. But any proposed changes to existing U.S. GAAP and ongoing FASB agenda projects would be subject to ratification by FASB, which is contrary to the Blue- Ribbon Panel’s recommendation. Comments on the FAF plan are due Jan. 14.

Other countries are considering making changes to their private company accounting standards. The United Kingdom’s Accounting Standards Board in October 2010 proposed a three-tier system for GAAP. Based on accountability criteria as adopted from IFRS, the proposal calls for a system for financial reporting that requires entities to prepare financial statements in one of three tiers (an entity may voluntarily elect to adopt a higher tier).

The AICPA governing Council has overwhelmingly approved a resolution urging the Financial Accounting Foundation to create an independent board. Use the AICPA’s simple tool to send FAF a comment letter supporting an authoritative standard-setting board. It takes just 30 seconds. Read more at AICPA.org/PrivateGAAP.