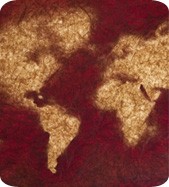 Fraud in the form of corruption compromises the integrity of the world economy, stunting economic growth and causing political and social upheaval. To help combat corruption, Congress passed, and President Jimmy Carter signed, the Foreign Corrupt Practices Act (FCPA) in 1977. Recent, more rigorous enforcement of the FCPA, combined with the continued growth of businesses into the international arena, will expand the role CPAs play in fighting corruption and assisting companies with compliance efforts. How much do you know about potential FCPA implications for yourself and your employer or clients? Take this Fraud IQ quiz to find out.

1. Which of the following statements about the FCPA’s books and records provisions is false?

2. Which of the following statements about the FCPA’s antibribery provisions is true?

a. They potentially apply to any individual, firm, officer, director, employee or agent of a firm and any stockholder acting on behalf of a firm.
b. They do not prohibit mere promises to make a corrupt payment.
c. They require that a corrupt act succeed in its purpose in order to constitute a breach.
d. They prohibit payments to any party to obtain or retain business.

3. FCPA violations can result in all of the following EXCEPT:

4. Which of the following is responsible for criminal enforcement of the FCPA’s antibribery provisions with respect to issuers?

5. The FCPA’s internal control provisions require that covered corporations devise and maintain an internal control system that provides reasonable assurance of several specific objectives. Which of the following is NOT one of these objectives?

a. Transactions are recorded as necessary to permit preparation of financial statements in accordance with GAAP or any other applicable criteria.
b. Transactions are executed in accordance with management’s general or specific authorization.
c. External audits that include a comparison of asset records with the actual assets are performed at reasonable intervals.
d. Access to assets is limited to those with authorization.

6. An internal investigation at Any Co. reveals that the company’s CFO has been paying bribes to officials of a state-owned utility in Mexico. Any Co.’s stock trades on a U.S. exchange. Which of the following is a possible advantage for Any Co. of self-disclosing the FCPA violation?

7. ABC Auditors is hired to perform an external audit of the financial statements of XYZ Co., a publicly traded U.S. company. Based on information obtained during the audit and through consultation with legal counsel, ABC concludes that XYZ has violated the FCPA. In response to the detected illegal act, ABC should do all of the following EXCEPT:

(Editor’s Note: The chief accountant of the SEC’s Division of Enforcement and the chief of the SEC’s FCPA Unit provided context and clarification to this question’s answer in a letter, titled “ More on auditors’ reporting duties to the SEC ” and published in the May 2012 JofA.)

9. Which of the following affirmative defenses may be asserted by Some Co., which has been charged with a violation of the FCPA’s antibribery provisions?

10. U.S. companies that fall under the jurisdiction of both the FCPA and the recently enacted U.K. Bribery Act should take note of the differences between the two acts and revise their compliance programs accordingly. The Bribery Act is stricter than the FCPA in which of the following respects?

a. It prohibits the bribery of private individuals and companies.
b. It prohibits both the offer and acceptance of a bribe.
c. It makes no exception for facilitation (grease) payments made to expedite routine governmental actions.
d. All of the above


The books and records provisions are more limited in scope than the antibribery provisions; they apply only to issuers—corporations with securities traded on a U.S. stock exchange or otherwise required to file periodic reports with the SEC—and their subsidiaries.


2. (a) The provisions potentially apply to any individual, firm, officer, director, employee or agent of a firm, and any stockholder acting on behalf of a firm. The paying, offering or promising to pay (or authorizing to pay or offer) money or anything of value to foreign government officials to obtain or retain business is prohibited under the FCPA’s antibribery provisions. They do not require that a corrupt act succeed in its purpose to constitute a breach.


3. (b) Private litigation, including shareholder lawsuits, is a potential consequence of an FCPA violation. However, no private right of action exists under the FCPA itself; only the U.S. Department of Justice and the SEC can pursue an FCPA claim. Private litigants may use the underlying illegal activities as the basis for lawsuits based on other legal theories. Potential repercussions of violating the FCPA also include:


5. (c) The FCPA’s internal control provisions state that covered corporations shall devise and maintain a system of internal controls sufficient to provide reasonable assurance that:


Internal audits can be carried out to compare asset records with the actual assets, but there is no requirement that external audits be performed for this purpose.


6. (c) By self-disclosing its violations, Any Co. might be able to eliminate the impact of potential whistleblowers who may have incentives—such as nonprosecution agreements and leniency—to disclose the violations. Other benefits of self-disclosure include the opportunity to influence how the violations are presented to the government, and the possible reduction of fines and penalties. However, self-disclosure also comes with several possible disadvantages, including a government investigation—which may lead to the discovery of other violations—and prosecution by U.S. and foreign authorities.


7. (d) It ordinarily is not the auditor’s responsibility to disclose an illegal act to parties other than the client’s senior management and its audit committee or board of directors, and such disclosure would be precluded by the auditor’s ethical and legal obligations. Under AU section 317, Illegal Acts by Clients, in responding to a detected illegal act, the auditor should:

9. (a) If charged with violating the FCPA’s antibribery provisions, Some Co. may assert certain affirmative defenses, including that the payment was lawful under the written laws of the foreign country or that the payment was directly related to demonstrating a product or performing a contractual obligation. However, because these are “affirmative defenses,” the burden of proof falls on the defendant.


10. (d) On July 1, 2011, the Bribery Act replaced the U.K.’s existing antibribery legislation with a new set of laws that significantly heightens the capability of enforcement authorities to prosecute instances of bribery. This new legislation, which has a broader reach than the FCPA, extends to all individuals and corporate entities for acts of corruption when any part of the offense occurs in the U.K. In addition, the Bribery Act is stricter than the FCPA in several ways, including the following:


Those companies falling under the jurisdiction of both acts should ensure their compliance programs meet the more stringent Bribery Act requirements, in addition to the requirements of the FCPA.

If you answered at least seven questions correctly, congratulations. Your solid knowledge of the FCPA will aid you in fighting corruption and assisting companies with compliance efforts. Keep up the good work.

If you answered five or six questions correctly, you’re on the right track. Continue to build on your anticorruption knowledge.

If you answered fewer than five questions correctly, consider strengthening your understanding of potential FCPA implications to help ensure that you have what it takes to assist in compliance efforts and in the fight against corruption.


Dawn Taylor ( dtaylor@acfe.com ) is a research specialist, and Andi McNeal ( amcneal@acfe.com ) is director of research, both for the Association of Certified Fraud Examiners.