The missing piece in liquidity calculations 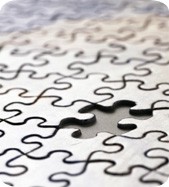 A fundamental flaw in U.S. GAAP and IFRS financial reporting standards distorts the calculation of working capital and the current ratio, resulting in a significant understatement in most companies’ liquidity. This outcome is detrimental not only to the companies but also to the economy overall, because it reduces the amount of credit available to businesses.

A particularly negative consequence occurs when the flaw results in the reporting of a negative level of working capital—one of the stress alarms that auditors use to determine if they should report that a company is in danger of bankruptcy. Consider this common scenario: George has $5,000 to start a business and $200 in his pocket. He wins a lottery for a license to own and operate a taxi. He puts $5,000 down on a $25,000 car and borrows the difference, $20,000, on a five-year loan.

His balance sheet is simple:


What is George’s “working capital”? According to conventional thinking, it would be defined as current assets ($200 cash) minus current liabilities ($4,000 CPLTD) or a negative $3,800. Right from the start of his business, George has a negative level of working capital. Moreover, with no inventory and no accounts receivable (since even credit cards clear in a day), George will have a negative working capital for the next five years.

The common view of this situation based on this method of calculation is that George’s business is illiquid and he won’t be able to repay his loan. But that’s not correct.

Conventional accounting reports CPLTD among current liabilities because, logically, it is a liability due in the current period. However, that approach implies that CPLTD will be repaid from the conversion of current assets into cash.

But, in reality, George will repay his loan with the revenue that he takes in using the taxi, which is a fixed asset.

In this example, if we assume the taxi has a five-year useful life, George will “use up” one-fifth of the taxi each year to generate cash revenue (a different expected life only changes the calculations, not the concepts). The “current portion” of the taxi, the CPFA, thus is $5,000 (or $25,000 divided by five years).

Notice that, when CPFA is added to the balance sheet, as seen in Exhibit 1, each liability is now properly matched with the asset that it finances and that will repay it.

As this exhibit shows, George is not illiquid. He has $200 (for an initial tank of gas and some food) and zero “current liabilities.” He will make his first loan payment from the cash revenue he collects this month, which is generated by using the taxi.

George is not the only victim of the conventional approach to calculating working capital. Companies that have a large quantity of fixed assets and long-term debt—and therefore a large CPLTD—often appear to be tight on working capital, sometimes even reporting a negative working capital. Take CPLTD out of the equation, and their true liquidity is much rosier.

The DSCR is a powerful ratio. It correctly captures the concept that the use of the fixed asset generates revenue that is used to repay the CPLTD. The portion of the taxi that is “used up” (depreciated) in generating revenue is effectively converted into cash flow.

In George’s case, next year’s depreciation expense (CPFA) of $5,000 will be adequate to repay the CPLTD of $4,000. This equates to a DSCR of 1.25 ($5,000 ÷ $4,000) if we assume zero net profit and no distributions. At break-even (zero profit), the company generates exactly enough revenue to cover all expenses, including George’s cash expenses (fuel, repairs, interest expense and a salary) and depreciation expense.

There is, of course, a business risk that revenue could fall short of break-even. If the company suffers a net loss, there may not be enough revenue to cover both cash expenses and CPLTD. Of course, any company that consistently loses money will have a hard time repaying its long-term debt. A policy that requires some minimum DSCR would preclude long-term loans to companies that cannot at least break even.

CURRENT RATIO CONSIDERED
If the premise is accepted that CPLTD is repaid from CPFA and not from current assets, it must follow that the current ratio is flawed by including CPLTD as a current liability that must be paid from current assets. The distortion arises from the failure to match CPLTD with its source of repayment, CPFA.

Solution 1: Focusing on the trading cycle. This approach would take CPLTD out of current liabilities, or at least adjust the calculation of working capital and current ratio accordingly. That would require inventing some new terms:

Solution 2: Developing a new “current ratio.” The alternate solution is to leave CPLTD with current liabilities, but calculate CPFA and report it with current assets.

Academics may debate whether the most appropriate treatment is (Solution 1) to move CPLTD from “current” back to long-term to match it with the fixed assets it finances; or (Solution 2) to take the portion of the fixed asset that is “current” and move it up with current assets. In either case, CPFA and CPLTD must match up.

Either approach would be an improvement over the traditional measures of liquidity, but since the approaches provide different information, taken together they provide a clearer understanding of liquidity than was previously possible. A look at how cash flows in cycles reveals the unique contributions of the approaches.

The “short-term cycle” only includes current assets and current liabilities that financed them and are repaid by them. Sometimes called “trading accounts,” these exclude CPLTD. By excluding CPFA and CPLTD from the formulas, Solution 1 provides a valuable analysis of the short-term cycle: Are current assets (traditionally defined to exclude CPFA) adequate to repay the short-term liabilities that financed them (excluding CPLTD)?

The current period ratio (Solution 2) is therefore the closer substitute for the old current ratio. The trading cycle ratio (Solution 1)—which is a narrower measure of liquidity than the current-period ratio—can be thought of as a substitute for the old acid-test ratio (or quick ratio), which also was intended to give a narrower measure of liquidity by excluding less-liquid accounts such as inventory. However, the old acid-test ratio suffers from the same flaw as the old current ratio—it erroneously suggests that CPLTD, included as a current liability, is repaid by the current (acid) assets.

The decision going forward is not which of the two new ratios is more useful. Indeed, the greatest insight comes when the two ratios yield opposite indications. For example, a negative trading capital and a positive current-period capital would indicate that the short-term assets do not cover short-term liabilities, but the company is able to keep current because the long-term cycle is generating cash flow (CPFA) adequate to repay both the CPLTD and any shortfall in the short-term cycle. This situation may not be sustainable and may suggest that the mix of short-term and long-term debt is not optimal. Only by using the measures together is a more comprehensive understanding of liquidity possible.

SETTING THE STAGE FOR CHANGE
Discussion of these alternate approaches to assessing working capital is somewhat academic at this time because CPFA is not presently calculated and reported.

CPFA should be part of standard reporting. Without CPFA, the traditional measures of liquidity routinely understate liquidity. AT&T, which reported a negative working capital of $14 billion at year-end 2010 ($20 billion current assets less $34 billion current liabilities), “appears” to be illiquid, but only because CPLTD is not matched with CPFA. The “appearance” of illiquidity may not hurt AT&T, but lenders generally shy away from small and medium-size companies that “appear” to be illiquid. The suppression of credit resulting from incorrect indicators hurts not only certain companies but also the economy as a whole.

CPAs and auditors have an advantage over lenders and security analysts because they have access to the necessary raw data—the schedule of next year’s depreciation—needed to calculate CPFA and a correct current-period ratio. They should do so, because reporting a company to be illiquid or worse, near bankruptcy, based on faulty ratios is as detrimental as failing to identity a truly illiquid firm.

A current flaw in U.S. GAAP/IFRS financial reporting standards distorts the calculation of working capital and the current ratio, understating the liquidity of most companies.

Conventional financial reporting places the current portion of long-term debt (CPLTD) among current liabilities because it is a liability due in the current period. That approach, however, incorrectly implies that CPLTD will be repaid from the conversion of current assets into cash.

The debt service coverage ratio, used in commercial lending, is an effective tool for measuring repayment of long-term loans. It correctly captures the concept that the use of the fixed asset generates revenue that is used to repay the CPLTD.

Two possible approaches could fix the current distorted liquidity picture: focusing on the trading cycle by taking CPLTD out of current liabilities; or developing a new “current ratio” that leaves CPLTD with current liabilities but calculates CPFA and reports it with current assets. The latter approach would require a change in financial reporting standards.