IFRS-based models are eliminated from consideration as public comment is sought. 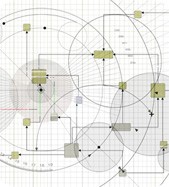 The panel, which met in Chicago in July, eliminated models from consideration that were based on IFRS and also a model that effectively would have maintained the status quo.

The 18-member panel, which was announced in December 2009, is part of a joint effort by the AICPA; the Financial Accounting Foundation, FASB’s parent organization; and the National Association of State Boards of Accountancy.

The seven models the panel’s staff had presented for consideration at the July meeting represented several variations of models based on U.S. GAAP and IFRS. The panel agreed to focus on three of the U.S. GAAP-based models and to create two or three new hybrid models from those three that are more detailed and focused (see Exhibit 1 for more details on these models).

Some panel members also expressed support for elements of a fourth model—Separate, Stand-Alone GAAP from the Ground Up Based on New Framework. The panel rejected two additional models because they were based on IFRS.

Regardless of which model the panel eventually recommends, several members said the group that sets those standards must understand the needs of the users for whom they are designing the standards. Most of the panel members expressed discontent with the current makeup of the FASB board and noted its heavy—but appropriate—focus on public companies. This was the center of debate on the structure of the standard-setting body whatever model is ultimately selected—the current FASB board; a restructured FASB board (with greater private company representation); or a new, separate Private Company Standards Board under the oversight of the Financial Accounting Foundation (FAF).

The panel recommended exposing a series of questions for public comment through FASB’s website to ensure that it isn’t leaving out any critical elements or pieces of information for consideration (see Exhibit 2 for details). The comment deadline is Sept. 15.

All comments will be made public on the FASB website. Panel staff plans to summarize the comments and present them to the panel members at their Oct. 8 meeting.

The panel’s members represent a cross section of financial reporting constituencies, including lenders, investors and owners, as well as preparers, auditors and regulators. Panel Chairman Rick Anderson, chairman and CEO of Moss Adams LLP and a current FAF board member, said he would like any recommendations to be ironed out by the panel’s Dec. 10 meeting.

WHY CHANGES MAY BE NEEDED

During previous meetings, panel members voiced their belief that there are legitimate, broad-based concerns about whether current U.S. GAAP and the underlying standard-setting process are meeting the needs of constituents of private company financial reporting.

Complex GAAP standards that have been introduced over the past few years too often do not help users of private company financial statements. In those cases, the benefits don’t justify the costs associated with complying with those standards, according to many of the panel members and guests who have testified at those meetings.

In general, members have heard and prior research suggests that while many—or even most—users of private company financial statements are, overall, not dissatisfied with current U.S. GAAP, they are sympathetic to private company preparer and practitioner concerns, especially cost/benefit issues related to certain GAAP standards.

Panel members seemed to express a willingness to learn a “new language” of GAAP if different and/or simplified standards for private companies existed that, while still designed to meet user needs, also would help address preparer and practitioner concerns.

However, many have said they feel that the needs and concerns of the private company sector have been insufficiently differentiated from those of the public company sector, resulting in the adoption of certain accounting standards that they believe lack relevance to users of private company financial statements.

At the July meeting, Anderson said that selecting a model that is relevant to the users of private company financial reports should be the No. 1 focus of the panel, noting that seemed to be the consensus at the table.

“Relevance is the overriding issue. It’s impacted by complexity, cost/benefits [and consistency],” he said. “Does this make the financial statements more useful and better for the intended audience of those statements? [If so,] we’d be moving in the right direction. Relevance—it’s the word and concept that cuts across all of this.”

If the changes are relevant and reasonable, users will get the information they need, even if that means certain differences between public and private company GAAP, added Dev Strischek, senior vice president and senior credit policy officer of corporate risk management for SunTrust Banks Inc.

“It’s more about relevance than anything, not necessarily complexity, we can always deal with that,” said Krista Mc- Masters, CEO of Clifton Gunderson. “[But] when the most complex issues are the least relevant and most costly, we need to deal with that.” She added that the “most troubling” issue is the increased number of users she sees accepting “except for” qualified opinions. “When generally accepted accounting principles isn’t accepted anymore, that’s troubling,” she said.

“Users were not in love with all of the GAAP standards that exist today. They take financial statements in accordance with GAAP and made adjustments. If standards change, they could live with that. They are open to different standards as long as there are legitimate reasons for different standards,” Anderson said at the start of the July meeting, summarizing previous meeting discussions. However, he noted, some panel members have expressed concern that users aren’t demanding change.

“Historically, they haven’t risen up but accepted the new standards whether it’s one they wanted or not,” he said. “Change needs to be supported by and accepted by the user community, not necessarily driven by them.”

WHAT KIND OF BOARD?

The July meeting included a discussion about what body should set accounting standards for private companies.

“The attitude on the FASB board is that one size has to fit all,” said Judith O’Dell, a panel observer and chair of FASB’s Private Company Financial Reporting Committee. “It’s very hard to get any carve-outs and differences in the private company world. The goal is to raise standards of private company financial statements, not dumb it down.”

FAF President Terri Polley acknowledged that FAF has been hearing these concerns. “Clearly we have a disconnect with private company constituents. We need to understand the root cause of that disconnect,” she said.

AICPA President and CEO Barry Melancon advocated for a board separate from FASB to oversee private company accounting standards.

David Morgan, co-managing partner of Lattimore, Black, Morgan and Cain PC, supported the idea of a separate board.

“I’m not sure [FASB is] capable of listening because of its bias toward public companies,” he said. “You can put an alien and an earthling in the same room together, but they aren’t going to get the same results. They have different needs. Trying to convince the other side what private company needs are is a futile process.”

To get the necessary changes in GAAP for private companies, there needs to be a separate board setting that GAAP, added Daryl Buck, senior vice president and CFO, Reasor’s Holding Co. Inc.

NOT READY FOR IFRS

One of the models panel members rejected because it was based on IFRS was Unmodified IFRS for SMEs; the other was IFRS for SMEs Customized (“Americanized”) for U.S. Private Companies.

Many members indicated that while the U.S. ultimately may move to IFRS, the chosen model could evolve to encompass those changes. However, the overall consensus was that adoption would not happen in the near future (more than five years from now based on current estimates and the SEC road map) and that focusing on a standard- setting process that could result in warranted differences sooner was more important.

A recorded audio stream of July’s meeting is available at fasb.org. The next meeting is scheduled for Oct. 8 at the AICPA’s New York City office.

The blue-ribbon panel is seeking public feedback on a series of questions relating to alternative financial reporting models for private companies. The panel is reaching out to users of private company financial statements, as well as preparers and practitioners. To see the list of questions, visit fasb.org.

If you or your organization would like to submit your responses to the questions, e-mail them to Tim Woo at tswoo@fasb.org, no later than Sept. 15. All submissions will be considered public and will be posted to FASB’s website for public viewing.

A summary of the responses received through Sept. 15 will also be prepared and distributed to panel members and participating observers. The summary will be included as part of the observer notes (a publicly available meeting handout) for the panel’s next meeting, which will take place Oct. 8 at the AICPA’s New York City office.

FASB requests those making comments to try to be as succinct as possible in their responses to the questions to facilitate the staff’s ability to read and summarize the submissions.

Some of the topics the questions will cover include: