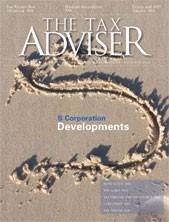 In today’s global economy, small and medium-size enterprises (SMEs) compete not only to make sales but to employ labor, consume raw materials, and obtain low-cost capital. SMEs now comprise some 97% of all U.S. exporters and produce almost one-third of all goods and services exported. But whenever companies cross borders and deal with controlled affiliates, tax collectors follow. And foremost among tax collectors’ concerns is the matter of intercompany pricing—that is, assuring that prices charged among related corporations are determined at arm’s length.

Arm’s-length pricing (ALP) of transactions between controlled affiliates is a statutory prerequisite for proper tax compliance in the United States. A failure to comply can result in a penalty of 20% or even 40% of the tax in the United States (IRC § 6662). Advance pricing agreements with the IRS can help businesses that have transactions with controlled affiliates to minimize their exposure to intercompany pricing adjustments on audit and avoid penalties.

An advance pricing agreement (APA) is an agreement between a taxpayer and the IRS to determine the best transfer pricing method to use for controlled transactions (under IRC § 482). Generally the agreement describes the controlled transaction, the APA term, assumptions, records that must be maintained, and reporting responsibilities. But APAs can also provide “a process whereby the Service and taxpayers may resolve other issues arising under certain income tax treaties, the Code or the ... Regulations, for which transfer pricing principles may be relevant” (Revenue Procedure 2008-31). Thus, according to the IRS, the APA process can help resolve whether income is effectively connected to a U.S. trade or business and determine amounts of income derived from sources partly within and partly outside the United States (Revenue Procedure 2008-31). These additional aspects of APAs can be particularly helpful when a company is considering moving operations overseas, participating in a joint venture, or considering check-the-box plans.

The IRS recently reported that nearly 10% of its active APA cases involved small businesses with annual gross income under $200 million (Announcement 2010-21). The average time from application to completion is two and a half years; for SMEs, the Treasury Department attempts to accelerate the process as much as possible, although often with only limited success.

The APA process for SMEs can be demanding, but it provides substantial assurance that the IRS will respect the transfer pricing used by the SME and, when made as a bilateral or multilateral APA, by U.S. tax treaty partners. Even if they do not formally submit an application to the IRS for an APA, SMEs dealing in a global economy should go through the application process to assure compliance with U.S. and foreign laws and to limit their potential tax exposure.

For a detailed discussion of the issues in this area, see “Small and Medium Enterprises Should Consider Making Advance Pricing Agreements,” by James G. Collins, in the October 2010 issue of The Tax Adviser.

Also look for articles on the following subjects in the October 2010 issue of The Tax Adviser: