Reporting requirement to be phased in; maximum tax adjustment disclosure no longer required. 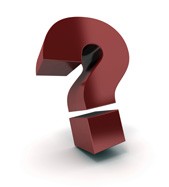 The IRS unveiled a number of significant changes to its plan to require certain business taxpayers to report uncertain tax positions on their tax returns (see Announcement 2010-75 and Announcement 2010-76). The changes, released in September, come in response to numerous comments received on the proposal and on the draft form (Schedule UTP) and instructions, which were released in April. Along with the announcements, the IRS released a final Schedule UTP, Uncertain Tax Position Statement, and instructions.

As originally proposed (Announcement 2010-9), the schedule would require:

(1) A concise description of each uncertain tax position for which the taxpayer or a related entity has recorded a reserve in its financial statements; and (2) The maximum amount of potential federal tax liability attributable to each uncertain tax position (determined without regard to the taxpayer’s risk analysis regarding its likelihood of prevailing on the merits).

The AICPA previously raised numerous concerns and made many specific recommendations regarding the IRS’ original proposal in a comment letter on June 1, 2010. The AICPA urged the IRS to improve the use and management of the significant amount of disclosed information it already possesses. If the IRS went forward with the proposal, the AICPA recommended that the filing threshold be significantly elevated to exempt many small businesses. The AICPA also recommended that the IRS pilot the proposed uncertain tax position program and reserve judgment about its expansion until it could evaluate the consequences.

The major changes the IRS made in response to the comments received from the AICPA and others were:

The IRS also made numerous other changes and clarifications.

In Announcement 2010-75, IRS retains the filing requirement for taxpayers required to file the previously identified list of federal tax forms, but institutes a five-year phase-in of the requirement for corporations with assets under $100 million. Corporations with total assets of $100 million or more must file Schedule UTP starting with 2010 tax years. Starting with 2012 tax years, the total asset threshold will be reduced to $50 million. Starting with 2014 tax years, the threshold will be reduced to $10 million.

The IRS stated that it will consider whether to extend the Schedule UTP reporting requirement to other taxpayers—such as pass-through entities or tax-exempt organizations—for 2011 or later tax years.

NO REPORTING OF A MAXIMUM TAX ADJUSTMENT

The draft schedule and instructions proposed that the corporation report a maximum tax adjustment for each tax position listed on the schedule, other than transfer pricing and other valuation positions. Many commentators expressed concern that computing the maximum tax adjustment for each uncertain tax position would be unduly burdensome, would provide the IRS with misleading information about the riskiness of the position and its magnitude, or would not provide a meaningful basis for determining the issues or returns to examine.

Based on the commentary, the IRS removed the proposed requirement to report the maximum tax adjustment. Instead, corporations will be required to rank their reported tax positions (including transfer pricing and other valuation positions) based on the federal income tax reserve (including interest and penalties) recorded for the position taken in the return, and to designate those tax positions for which the reserve exceeds 10% of the aggregate amount of the reserves for all of the tax positions reported on the schedule.

The IRS expects that this ranking method will allow it to more accurately evaluate the materiality of the issues reported on the schedule and that the ranking method will impose less burden on corporations. This method relies on the reserve computations that corporations perform for audited financial statement purposes, but does not require disclosure of the actual amounts of the tax reserves.

NO REPORTING OF THE RATIONALE AND NATURE OF UNCERTAINTY

Commentators also expressed concern about the requirement that the rationale for an uncertain tax position, as well as the nature of the uncertainty, be disclosed as part of the concise description. They noted that these disclosures are not required by FASB Interpretation no. 48 (FIN 48), Accounting for Uncertainty in Income Taxes, and that they conflict with both the IRS’ policy of restraint and its objective not to require taxpayers to disclose their assessment of their positions’ strengths and weaknesses. In response to these comments, the IRS has eliminated the proposed requirement to include the rationale and nature of the uncertainty in the concise description.

The proposal also required corporations to report tax positions for which the corporation recorded no reserve because it determined that it is the IRS’ administrative practice not to raise the issue during an examination. Many commentators said it would be unduly burdensome for corporations to identify, describe and quantify these positions, and would provide the IRS very little useful information. The IRS has agreed that these concerns about the administrability of the requirement outweigh the value of the information and thus eliminated the proposed requirement. However, the IRS stated it will continue to explore ways to assess the impact of these tax positions on overall tax compliance.

Corporations filing Schedule UTP must report tax positions taken in a return for which reserves were created under applicable financial accounting standards or for which no reserve was created because of an expectation to litigate. The final instructions clarify that Schedule UTP seeks the reporting of tax positions consistent with the reserve decisions made by the corporation for audited financial statements purposes. Corporations are not required to report tax positions that are either immaterial under applicable financial accounting standards or are sufficiently certain so that no reserve is required under those standards. The IRS stated that a tax position that a corporation would litigate, if challenged, but that is clear and unambiguous or is immaterial is therefore not required to be reported on Schedule UTP.

The proposal required a corporation to report a tax position taken in a return for which no reserve was recorded based on the corporation’s expectation to litigate the position. Commentators suggested eliminating this requirement, either because it would be unduly burdensome to identify, describe and quantify these positions, or because requiring reporting of these positions on Schedule UTP departs from the IRS’ stated objective of consistency with financial accounting standards. However, the final schedule and instructions retain the requirement to report tax positions taken in a return for which no reserve was recorded because of an expectation to litigate the position and incorporate revised instructions to clarify the meaning of expectation to litigate. The final instructions clarify that a corporation may rely on the reserve decisions it made for financial statement purposes to complete Schedule UTP and thus the corporation is not expected to reassess at the time the schedule is completed those reserve decisions previously made for financial statement purposes. The final instructions do not provide guidance on how a corporation documents an expectation to litigate a position. However, the IRS states in Announcement 2010-75 that it expects that a corporation would continue to document its decision in the same way as it substantiates any decision not to record a reserve in its financial statements.

OTHER CHANGES AND CLARIFICATIONS

The final instructions clarify that:

The definition of “record a reserve” was revised to clarify that it includes the recording of a reserve for U.S. federal income tax, interest or penalties, and to reinforce that temporary differences must be reported on Schedule UTP.

The IRS has also issued a directive concerning the use of Schedule UTP by IRS personnel. The directive outlines the various uses for the information reported on the schedule and indicates that initial processing of Schedule UTP information will be centralized to ensure appropriate review to identify trends and areas requiring further guidance to address uncertainty in the law.

The final instructions do not provide specific instructions regarding penalties. The IRS stated it intends to review Schedule UTP compliance and will take appropriate enforcement action in those instances in which there appears to be a failure to complete the schedule or a failure to report whether the corporation is required to complete the schedule.

The IRS stated it recognizes that the announcements do not address all comments or concerns that were raised, and it stated it will continue to consider these issues and how best to provide further guidance.

In Announcement 2010-76, the IRS said that it is expanding its policy of restraint in connection with its decision to require certain corporations to file Schedule UTP and it will forgo seeking particular documents that relate to uncertain tax positions and the workpapers that document the completion of Schedule UTP. It stated that other than requiring the disclosure of the information on the schedule, the requirement to file Schedule UTP does not affect the policy of restraint.

Under the IRS’ policy of restraint, if a document is otherwise privileged under the attorney-client privilege, the tax advice privilege in IRC § 7525, or the work product doctrine, and the document was provided to an independent auditor as part of an audit of the taxpayer’s financial statements, the IRS will not assert during an examination that privilege has been waived by such disclosure.

In its announcement, the IRS stated that taxpayers may redact the following information from any copies of tax reconciliation workpapers relating to the preparation of Schedule UTP that they are asked to produce during an examination:

(b) The amount of any reserve related to a tax position reported on Schedule UTP; and

(c) Computations determining the ranking of tax positions to be reported on Schedule UTP or the designation of a tax position as a major tax position.

In response to the announcements, Edward Karl, AICPA vice president–Taxation, said the AICPA appreciates the efforts of the IRS to revise and clarify its original proposal and to reduce the burden the disclosure of uncertain tax positions will place on taxpayers. He noted that the IRS has listened to commentators, including recommendations included in the AICPA’s comment letter of June 1, 2010. This is reflected in the many changes throughout the latest IRS announcements and final 2010 Schedule UTP and instructions.

However, Karl said the AICPA is still concerned regarding:

He indicated that the AICPA will continue to raise appropriate issues with the IRS on this matter and push for a study period as outlined in its initial comment letter and that it will continue to communicate the concerns and advocate for its members regarding the disclosure of uncertain tax positions.

Alistair M. Nevius is editor-in-chief of The Tax Adviser and a JofA contributing editor. To comment on this article or to suggest an idea for another article, contact him at anevius@aicpa.org or 919-402-4052.