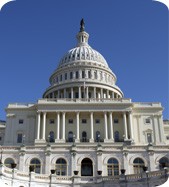 On Jan. 26, IRS Commissioner Doug Shulman released a new proposal (see tinyurl.com/ydy4v7e) that would require companies to disclose “uncertain” tax positions in their annual income tax return filings (based on FIN 48 as required for financial accounting purposes). The IRS clarified that this proposal would not be effective for 2009 tax return filings, but rather is expected to apply to returns for calendar 2010 and fiscal years that begin in 2010.

This proposal has many important implications and will generate much debate. The AICPA recognizes that this proposal will significantly impact members if it becomes effective as initially proposed by the IRS, and we are working on an appropriate response on behalf of our membership. Our task force is looking at both the policy and technical ramifications of the proposal including the impact on the auditor-client relationship, burden on smaller businesses, and ease of administration.

In response to requests by the AICPA and other organizations, the IRS announced it has extended the deadline from March 29 until June 1, 2010, for filing comments (see tinyurl.com/ybzbm9v). The IRS was expected to release a draft of the new disclosure schedule and its instructions in early April, so that the comment submissions can address those documents as well. The IRS has also added to the list of specific questions on which it is seeking comment. The AICPA continues to develop its response. Members who would like to share their thoughts and concerns with us should email comments to MemberinputonAnnouncement2010-9@aicpa.org.

THE IRS ANNOUNCED PLANS TO REGULATE ALL TAX RETURN PREPARERS: CPAs ARE EXEMPTED FROM EDUCATION AND TESTING REQUIREMENT

The proposal generally exempts CPAs from both the testing and CPE requirements as they have already passed a licensing examination and are subject to continuing professional education requirements.

Finally the IRS plans to require that all preparers be subject to the ethics requirements under Circular 230.

We believe having one unique identification number (PTIN) for each tax return preparer and making all preparers subject to the ethical standards of Circular 230 would prove a very positive, resource-efficient program. Under such a program, the IRS would be able to quickly track and identify the incompetent or unscrupulous preparers who are bent on harming the tax administration system.

We do, however, have concerns about providing preparers who are not CPAs, attorneys or enrolled agents with a “certification” based on limited qualifications, and we are particularly concerned with an examination process that may cause confusion among taxpayers regarding the relative qualifications of tax return preparers.

The AICPA has been actively involved in the process announced by the IRS commissioner last summer in which he indicated his intention to undertake this review. We will continue to work with policymakers as the many details of these proposals are disclosed; we have already participated in a number of meetings in anticipation of the release of implementing regulations. We have also engaged members of AICPA’s governing Council at its regional meetings in March to discuss important aspects of the IRS proposal.

Specific details on the proposal are available at tinyurl.com/yfzcv97.