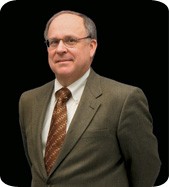 Should private companies adhere to the same set of accounting standards as public companies? This question has been debated for decades by various committees and organizations.

In January, Rick Anderson, chairman and CEO of Seattle-based Moss Adams LLP, was named chairman of a new blue-ribbon panel tasked with making recommendations about the issue to, among others, the Financial Accounting Foundation (FAF), FASB’s parent organization.

Anderson is a member of the FAF Board of Trustees, was a member of the AICPA Council for three years, and is the immediate past chair of the AICPA Major Firms Group. He joined Moss Adams in 1973, spending his career in the firm’s Seattle and Yakima, Wash., offices providing audit and consulting services to manufacturing, agricultural and food processing entities. He was appointed president/COO of the firm in 1999 and became chairman and CEO in 2004. Anderson spoke with the JofA about the blue-ribbon panel and the issues at hand.

JofA: Why is this panel being created now, and how did the concept of the blue-ribbon panel originate?

Anderson: The issue of appropriateness of one set of standards for companies of all sizes and complexities has been an issue for many years. The Financial Accounting Foundation during 2009 undertook a process of having a number of open forums and input sessions at locations around the country, and they specifically invited a very wide spectrum of participants. One of the things that came out very clear from those forums was serious questions by private company constituents—owners, bankers, etc.—that some of the standards being promulgated may not be cost-effective or even provide any valuable information about private companies. Likewise, through a variety of processes and input sessions through the AICPA, this became an increasingly vocal topic. The decision was made (by the three sponsoring groups) that the best way to (address) it would be to form a brand new panel representing a broad base of constituencies to look at it (strategically).

JofA: Efforts on this topic have gone back for decades. What went wrong, and how is this effort different?

Anderson: The biggest issue is the world has become more complex … fair value, financial instruments, derivatives, recent increases in the required disclosures dealing with income tax matters, the whole issue of consolidation of entities. Some of that complexity primarily relates to larger public companies, yet any time a standard comes out today, the standard applies to every company.

(Another issue has been) a very unclear timeline about movement toward international standards. The uncertainty has led people to say, “We can’t just sit here and wait.” We really need to address this issue now and see if there is concurrence, primarily at the user constituency level, because it is users that need to be the loudest voice in this decision. By users, I mean creditors, lenders, securities and bonding companies, owners who are not active in the business today. What do they need and want in the way of information? That will be a big part of this panel. It’s not what the preparer wants to prepare or what the auditor would like to audit. It’s what does the end-user feel they need in order to make appropriate decisions.

Anderson: IFRS has a new set of standards for small and medium entities. That would be looked at as to how successful it is in countries following IFRS. Canada has moved to a separate set of standards for nonpublic companies. That’s a very recent development, so you don’t have the test of time on some of these. But I would suspect that the panel will look at that and any recommendations that have been made by other groups (including the Private Company Financial Reporting Committee) regardless of who was the sponsor of those groups.

JofA: Is there any concern about overlap or conflicting recommendations by any other organizations?

Anderson: You start with a theoretical conflict with one of the sponsoring organizations, FAF, because one could say, “How are you going to deal with them when they are the current promulgators of standards? Are you going to be criticizing one of the sponsoring organizations?” I don’t believe that to be something that we would be criticizing. It would be raising, based on a different set of inputs, whether there should be two sets of high-quality standards.

JofA: What have you experienced in the various roles you’ve had that you believe will help you in this role?

Anderson: I have personally experienced the issue with our clientele, which is a mixture of public companies, privately owned entities and governmental entities, believing that one set of standards does not always fit. I’ve had very active involvement for many years with the AICPA, so I’m fully aware of this issue not being limited to the clientele of Moss Adams. Finally, I’ve been a trustee of the FAF for the past several years so I hear it and see it from that perspective, including some of the struggles the FAF/FASB addresses when they try to find and create what amounts to a one-size-fits-all-type set of standards. I’ve seen it from all of these different perspectives, and I think I’m well equipped to understand the issues.

JofA: Do you think some of the struggles that the FAF/FASB has had will surface here? What are they?

Anderson: The struggles are always the pressures they receive in their (appropriate) open process. They get views that are very broad from the company or the preparer side, and then they get input from regulators and the federal government. … There’s incredible diversity between the small startup family-owned businesses that still have to prepare GAAP financial statements to their bankers and the most complex, international publicly traded companies such as Exxon, Microsoft and General Electric. They’re just not (necessarily) the same kinds of creatures.

Anderson: I would say they need to articulate their views in the process, and those views will be considered by the panel. The biggest thing at stake is that they have an opportunity to articulate their point of view at the same time and to the same group that will listen to and evaluate the needs and expectations of users. Private company constituents need to take advantage of the opportunity to voice their opinions, whatever those may be. We’re going to seek out input through appropriate processes, but if people other than the ones we reach out to reach out to us, that’s great. The more people know about this and the more they’re willing to provide input, the more successful the outcome will be.

Alexandra DeFelice is a JofA senior editor. To comment on this article or to suggest another article, contact her at adefelice@aicpa.org or 212-596-6122.

The blue-ribbon panel is sponsored by the Financial Accounting Foundation, the AICPA and the National Association of State Boards of Accountancy.

The panel was announced after the AICPA fall Council meeting, during which the Institute released a survey showing that a vast majority of Council members support GAAP differences, where appropriate, for U.S. private companies. In the round-table survey, more than 95% of respondents circled a 4 or 5 on a scale of 1 to 5, with 5 being the strongest level of support, and some even tried to vote a 6. The survey also found that 91% favor exploring the idea of having a self-contained, stand-alone GAAP for those companies.

Additionally, in December, the Private Company Financial Reporting Committee (PCFRC)—an advisory group tasked with communicating ideas to FASB about how standard setting affects day-to-day technical activities and procedures from a cost/benefit perspective—said it “believes that a separate, stand-alone set of accounting standards for U.S. private companies tailored to the needs of the users of those statements is the preferred approach.”

The PCFRC’s work and recommendations played a significant part in helping to form the panel, and Rick Anderson, the blue-ribbon panel’s chairman, said the information they gathered will be considered by his new group. Members of the blue-ribbon panel—who had not been named at the time of this interview—will represent a cross section of financial reporting constituencies, including lenders, investors, sureties and owners as well as preparers, auditors and regulators.

The panel will be one of the Institute’s top priorities in 2010, AICPA President and CEO Barry Melancon said.

While no deadline has been set for the panel’s work, Melancon said recommendations are likely to come this year.