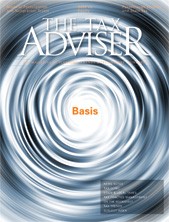 Code § 199 provides a deduction equal to a specified percentage (9% for 2010 and subsequent years) of the lesser of qualifying production activity income (QPAI) or taxable income. In brief, QPAI equals eligible receipts, or domestic production gross receipts (DPGR), less allocable cost of goods sold and other deductions. The resulting amount is further limited to 50% of W-2 wages for the tax year.

The Large and Mid-Size Business (LMSB) Division of the IRS has issued three industry director directives (IDDs) discussing section 199 deduction exams. These IDDs can serve as important references in both planning for and calculating the amount of the section 199 deduction, and in defending the deduction on exam. In 2006, the Industry Director Directive on Domestic Production Deduction (LMSB-04-1206-018) identified the section 199 deduction as a Tier I issue. Tier I issues represent areas of high strategic importance to the LMSB that have a significant impact on one or more industries and typically involve a large number of taxpayers, significant dollar risk, and substantial compliance risk. The second LMSB directive (LMSB-04-0707-049), issued in 2007, expanded the scope of section 199 deduction exams. This directive explains that cases meeting certain established criteria (including the size of the deduction) will be subject to mandatory exams.

In the third LMSB directive (LMSB-04-0209-004), issued on March 4, 2009, the industry director took up the issue of how prior-period expenses might result in the creation of DPGR in future years, even though the expenses may have resulted from activities that took place prior to the effective date of section 199. The third IDD also addressed how prior-period expenses should be allocated against DPGR and non-DPGR. It explains that, although taxpayers must establish that the entire prior-period compensation is factually related to non-section 199 income, to exclude it from QPAI taxpayers may allocate 10% to section 199 income and 90% to non-section 199 income as a safe harbor. This safe harbor presents an alternative to the factually intensive approach taken in prior guidance (AM 2009-001).

Despite the relatively short history of section 199, there is quite a bit of administrative guidance; however, there are many technical issues and principles within the section 199 statutory and regulatory framework that remain difficult to administer on exam. As the exam of the section 199 deduction rapidly develops, it seems that some inquiries are not rooted in this statutory or regulatory framework but instead in (presumably) forthcoming administrative guidance or unwritten interpretations of existing guidance. It is therefore important for taxpayers with section 199 deductions to stay abreast of current developments and IRS exam trends to help mitigate exposure in relation to their deduction. By keeping current, taxpayers can continue to develop appropriate practices.