Closing Up Shop: How to Successfully Shut Down a Private Foundation 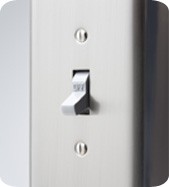 The precipitous drop in wealth in the United States during the 2008–2009 financial meltdown accelerated a trend of many private foundations’ considering closing their doors. Foundations gave 8.4% less in grants in 2009 from the year before, as the value of their assets fell by 17.2%. Between 2007 and 2008, the number of active foundations grew by only 0.5%, the lowest rate since 1981 ( Foundation Growth and Giving Estimates, 2010 Edition, The Foundation Center). At least 147 private foundations had invested their assets directly in funds controlled by Bernard Madoff, and many may have been shut down as a result of Madoff’s admitted Ponzi scheme (see “Madoff and America’s (Poorer) Foundations,” by Nicholas Kristof, The New York Times, Jan. 29, 2009).

Other motivations have also fueled private foundation dissolutions. Increased awareness of donor-advised funds and other related instruments that provide many of the same benefits as a private foundation highlight the complexities of running a foundation. Individuals interested in being involved in philanthropy may not want the hassle associated with foundation administration. Additionally, some benefactors have established foundations with a limited life option, which sets a predetermined end to a foundation’s life (see Limited Life Foundations: Motivations, Experiences, and Strategies, The Urban Institute Center on Nonprofits and Philanthropy, 2009, tinyurl.com/ykoakkk). Because of the increased interest in private foundation terminations, the IRS in May 2009 issued Publication 4779, Facts about Terminating or Merging Your Exempt Organization. CPAs should consider the facts described in Publication 4779 for foundation clients considering termination.

The amount of termination tax (section 507(c)) equals the lesser of the:

This is by no means the only potential tax-related hazard of administering a private foundation. For more, see “Advising Private Foundations,” JofA, April 2008, page 36, and “Capital With a Conscience,” JofA, July 2008, page 54.

CALCULATION OF THE TERMINATION TAX

The tax benefit for Hazel and Claire as substantial contributors is based on the deduction for charitable contributions received for the 1999 tax year, with interest from the date of filing of the 1999 return (April 17, 2000) to the end of 2009. The IRS underpayment annual interest rate varied within the period from a high of 9% in part of 2000–2001 to a low of 4% in portions of 2003 and 2004.

Section 507(b) and IRS Publication 4779 describe how a private foundation can shut down without being subject to the termination tax (see Exhibit 1).

Transfer of private foundation net assets. When foundation benefactors want to completely “close up shop” and no longer be actively involved in the philanthropy business, they often transfer all of the foundation’s net assets pursuant to section 507(b)(1)(A) to one or more appropriate public charities, to a donor-advised fund or to another private foundation. Identifying appropriate public charities is not likely to be difficult, since many are likely to have been receiving ongoing support from the terminating foundation.

A private foundation may also consider transferring all its net assets to another foundation and then voluntarily terminating its private foundation status. Similarly to transfers to 509(a)(2) or 509(a)(3) organizations, while a notice of termination is required, penalties, including termination taxes, are avoided, since the closing foundation will not have any net assets after the transfer. This approach may be especially useful for family benefactors wanting to consolidate multiple foundations under their control.

One serious ramification of transferring significant amounts to a public charity is the potential effect on the recipient’s tax-exempt status. Public charities classified as 509(a)(1) organizations are required to receive significant public support, which means the amounts of individual donations that can be counted toward their public support test are limited (again, see Exhibit 2). Specifically, donations from a single donor that exceed 2% of a charity’s total support over a four-year period are not included as public support (see Treas. Reg. § 1.170A-9(f)(6)). Therefore, large donations by a single benefactor make it difficult to qualify as a public charity. Although large donations classified as an “unusual grant” may be excluded from the public support test, transfers from private foundations may not qualify for exclusion if (1) the foundation was considered a substantial contributor prior to the transfer or (2) the foundation benefactor holds a position of authority in the charity (see Temp. Treas. Reg. § 1.509(a)-3T(c)(4)(i)).

Similar issues may arise with large donations made to charities dependent on program service revenue (for example, 509(a)(2) organizations). CPAs with private foundation or public charity clientele should discuss these potentially serious consequences prior to the transfer of foundation net assets.

In all of these cases, a final IRS Form 990-PF, Return of Private Foundation, should be filed by the 15th day of the fifth month following the liquidation. The final tax form should report zero net assets for the terminating foundation.

A private foundation that wants to convert to a public charity must follow a complex set of regulations and successfully complete a three-step process. First, the foundation must notify the IRS of its intentions. Second, it must satisfy the requirements of section 509(a)(1), (2) or (3) (generally, those for public charities shown in Exhibit 2) for 60 months beginning on the first day of the tax year following the notification. Given that the conversion option for closing a foundation involves a five-year window, it is important for CPAs to clearly communicate the implications to their private foundation clients. Third, the foundation must establish that it has met the public charity requirements to the satisfaction of the IRS immediately after the end of the 60-month period. See section 507(b)(1)(B) and, for specific procedures, Temp. Treas. Reg. § 1.507-2T(b).

* Large donations by a single benefactor make it more difficult for an organization to qualify as a public charity. The numerator in the support test excludes amounts contributed by individuals, corporations or trusts that exceed 2% of an organization’s total support, but the denominator includes amounts in excess of the 2%.

Investment losses have diminished many private foundations’ assets in recent years, with a result that many foundations have sought to merge with or transfer their assets to other charitable organizations that may offer donors less control but face fewer restrictions.

Foundation managers may need CPAs’ help in terminating a foundation correctly, since a mistake can be costly. Repeated willful acts or lapses or a single willful and flagrant act or failure can subject a foundation to involuntary termination. A termination tax in such instances can consume most or all of a foundation’s assets.

Conversion of a private foundation’s net assets into a public charity may be a natural transition, especially for conversions to a supporting organization, since the latter’s operations and goals may be similar to those of a private foundation. However, managers and their advisers must guard against strict prohibitions for supporting organizations against “excess benefit transactions” involving “disqualified persons” and other rules.

Go to aicpalearning.org to access courses. Click on “On-Site Training” then search by “Acronym Index.” If you need assistance, please contact a training representative at 800-634-6780 (option 1).

Membership in the Personal Financial Planning (PFP) Section provides access to specialized resources in the area of personal financial planning, including complimentary access to Forefield Advisor. Visit the PFP Center at aicpa.org/PFP. Members with a specialization in personal financial planning may be interested in applying for the Personal Financial Specialist (PFS) credential. Information about the PFS credential is also available at aicpa.org/PFS.


More from the JofA: