More C-suite CPAs see recovery delayed until 2nd half of 2010.

Optimism among CPA financial executives about the U.S. economy flattened in the fourth quarter of 2009 after two quarters of improvement as managers paid more attention to potential challenges and concerns associated with the federal budget deficit, tax reform and regulatory requirements.

The proportion of executives who don’t see a recovery beginning until at least the second half of 2010 increased substantially, according to results from the AICPA/UNC Kenan-Flagler Business School Business & Industry Economic Outlook Survey Q4 2009, up to 62%, from 43% in the third quarter and 27% in the second quarter. More than 25% believe it will be 2011 before the economy begins to improve.

And while a large majority of respondents (69%) believe a slow growth recovery is the most likely scenario, one-fifth of respondents have a different view: They believe the economy will experience a double-dip recession. “It’s always a danger,” said Mark Lang, a Kenan-Flagler accounting professor who analyzed the survey results. “Those who anticipate a double-dip recovery are perhaps in particular sectors or industries where things might take longer, and there might in fact be another dip downward.” Executives at organizations providing construction, real estate and health care services were the most pessimistic on the outlook for the economy.

Much like for the U.S. economy as a whole, more executives believe it will take longer for their own companies to see improvement. Fifty-four percent of financial executives do not expect improvement until at least the second half of 2010, up from 37% in the third quarter. Nineteen percent think they’ll see improvement in the first half of 2010, which is down from 24% in the third quarter. Nearly 23% of respondents did not see a downturn in business due to the economy or are noticing improvement now.

Concerns about a slow and distant recovery also are prompting CPA executives to take cost-saving measures. Nearly 13% of respondents plan to lay off workers in the future, either for the first time or again if they’d previously done so. Respondents also expected further cuts in capital spending (12%), compensation freezes and travel restrictions (11% each).

The survey includes responses from 1,201 CPAs in business and industry. Sixty-six percent were CFOs, 25% were controllers, and 4% were CEOs or COOs. Sixty-eight percent of respondents work for privately owned entities; 11% for public companies; 14% for government, education, associations and nonprofits; and 5% for foreign-owned companies. Detailed survey results are available at fmcenter.aicpa.org. 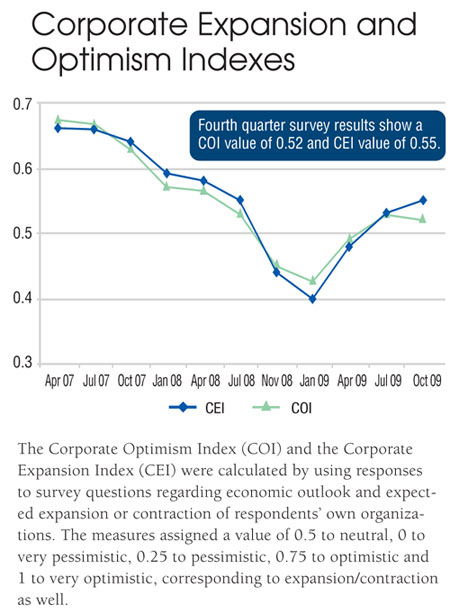 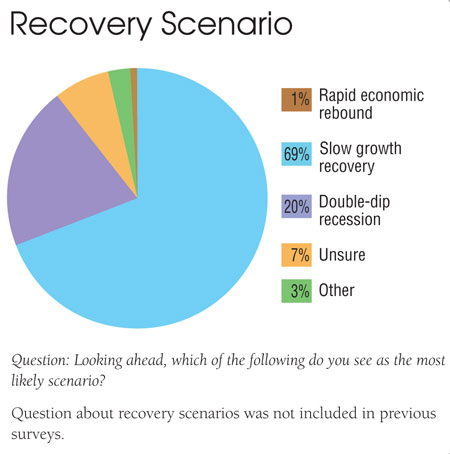 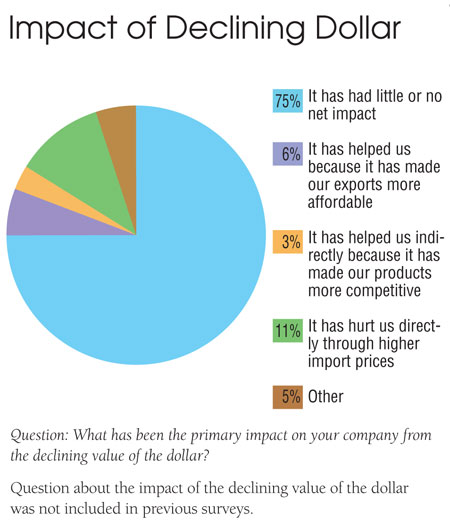