Recovery Act ushers in changes for 2009. 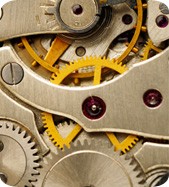 Following a flurry of tax legislation that enacted changes for tax years beginning in 2009, this tax season requires heightened attention to make sure your clients don’t miss any of the new and extended deductions and credits to which they’re entitled.

Most of the changes for 2009 were directed at stimulating the economy and providing incentives and relief for individuals and businesses. Thus, it’s important for return preparers to double-check taxpayer materials as they come in. They should make sure organizers, client letters and other guides and checklists have covered the full gamut of considerations and that their contents were heeded and understood by clients.

The biggest single source of these changes is the American Recovery and Reinvestment Act of 2009 (ARRA), PL 111-5, enacted in February. A comprehensive guide to all the changes for 2009 is beyond the scope of this article, but the following highlights are intended to provide a reminder of provisions that could easily be overlooked. It is accompanied by a “Filing Season Quick Guide” with many of the most commonly encountered return items, with changes and inflation-adjusted amounts for 2009.

Some stimulus provisions could affect almost anyone, depending on basic applicability relating to adjusted gross income (AGI).

Making work pay credit. One such item affecting lower- and middle-income taxpayers is the making work pay credit. This refundable personal credit is equal to 6.2% of earned income (with some modifications) up to a maximum credit of $400 for single filers and $800 for joint returns. Intended to offset a limited portion of an employee’s share of FICA tax withholding, the credit phases out beginning at modified AGI of $75,000 for single filers and $150,000 for joint returns. Taxpayers eligible for the credit must file the new Schedule M with Form 1040 and claim the credit as a tax payment on line 63 of Form 1040 (line 40 on Form 1040A). The IRS has revised wage withholding tables to reflect the credit, but according to the Treasury Inspector General for Tax Administration, common taxpayer situations the tables don’t take into consideration could have caused an estimated 15.4 million taxpayers to withhold too little federal tax. The IRS disputes that number, but your clients could be among taxpayers with an unexpected tax liability or smaller refund than anticipated and may need to revise their withholding for 2010. Recipients of Social Security and certain other benefits who received a one-time $250 economic recovery payment in 2009 must reduce the making work pay credit by that amount.

Alternative minimum tax (AMT) patch. The basic AMT exemption amount is $46,700 for single taxpayers and heads of households and $70,950 for joint filers. The ARRA also extended to 2009 the rule allowing nonrefundable personal tax credits to reduce the AMT.

Taxpayers with a child in college will no doubt have questions about the Hope credit, reconfigured by the ARRA for 2009 and 2010 and redubbed the American opportunity tax credit. Besides a significant increase in the amount of the credit (up to $2,500) and phaseout range (starts at $160,000 for joint filers), a welcome new feature is what might be called relief from college bookstore sticker shock: Course textbooks are included in qualified tuition and related expenses covered by the credit. Best of all, it now covers up to four years of post-secondary education, up from two years previously.

The ARRA also added computers to the qualified expenses eligible for payment by distributions from a qualified tuition program under IRC § 529.

Homebuyer credit. Clients who may have thought they would be out of luck for the first-time homebuyer credit if they didn’t close on a home before Dec. 1, 2009, received a reprieve in November when Congress extended the credit through the end of April 2010 with the Worker, Homeownership, and Business Assistance Act of 2009, PL 111-92. The ARRA increased the original credit, introduced in 2008, to a maximum of $8,000 and, for homes purchased in 2009, waived an earlier recapture provision for taxpayers who maintain the home as a principal residence for a three-year period beginning on the date of purchase. Besides extending the provision, the Worker Act expanded it beyond first-time homebuyers and increased the phaseout threshold.

Under the ARRA, the credit was limited to first-time homebuyers, defined as those who had no ownership interest in a principal residence in the United States during the previous three-year period. Where the ARRA phased out the credit between $75,000 and $95,000 AGI for single filers and from $150,000 to $170,000 AGI for joint filers, the Worker Act increased the start of the phaseout to $125,000 for individuals and $225,000 for couples. Taxpayers who have owned and lived in their old house for any five consecutive years within the preceding eight years will be treated for purposes of the credit as first-time homebuyers eligible for a maximum $6,500 credit. For this credit, the purchase price of the home must be $800,000 or less.

Energy incentives. Other changes for 2009 related to homes include expansion of the section 25C and 25D residential energy credits.

Auto sales, excise taxes. Other new individual ARRA provisions that could show up on your clients’ returns for 2009 are deductibility of state and local sales and excise taxes on new vehicle purchases (up to $49,500) and a partial exclusion of unemployment benefits from gross income. The new vehicle sales and excise tax deduction may be claimed by non-itemizers as an increased standard deduction. Along with the increased standard deduction claimed by nonitemizers for state or local real estate taxes paid or for a net disaster loss, this deduction is reported on new Schedule L.

Section 179 expensing. An item likely to be of interest to your small business clients is the increase in the amount of new or used tangible personal property placed in service during the tax year that is eligible for expensing under section 179. For tax years beginning in 2009, the amount is $250,000, double what it had been in 2007. The maximum placed-in-service amount of $800,000—that is, the amount above which investment in new property reduces the available deduction dollar for dollar—was also extended.

NOL carryback. Other business-related items of note for 2009 include the five-year carryback of a net operating loss, introduced by the ARRA and, like the homebuyer credit, extended and expanded by the Worker Act. The ARRA had allowed the carryback only for qualified small businesses, meaning those with less than $15 million in annual gross receipts. Under the Worker Act, a business of any size (except those participating in the Troubled Asset Relief Program) now can qualify for the longer carryback period of NOLs arising in tax years 2008 and 2009. The Worker Act, however, limited the fifth-year carryback to 50% of the business’s taxable income for that tax year (without regard to the NOL).

In these and other ways, tax year 2009 is sure to bring many new considerations to bear on your clients’ returns. Routine changes include inflation adjustments for tax brackets and basic deductions such as personal and dependent exemptions and the standard deduction. Many of those items are included in the “Filing Season Quick Guide” that accompanies this article.

Open and print the “Quick Guide” to use throughout filing season

Paul Bonner is a JofA senior editor. If you want to comment on this article or to suggest an idea for another article, he can be reached at pbonner@aicpa.org or 919-402-4434.