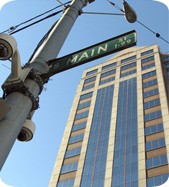 The blue-ribbon panel on private company financial reporting is poised to recommend that the Financial Accounting Foundation (FAF), FASB’s parent organization, move to U.S. GAAP with exceptions for private companies and that those standards should be set not by FASB but by a separate board under FAF’s oversight.

A majority of the panel members at their Oct. 8 meeting in New York, including AICPA President and CEO Barry Melancon, supported this model and structure. (For an explanation of the other models and structures considered see the sidebar, “Models Explained,” at bottom of page.)

“I’m pleased the majority of the panel members supported the bold step of a new, separate private accounting standards board under the FAF’s oversight,” Melancon said in a statement following the meeting. “An important benefit of having a new board is to help ensure the needs of the private company sector are appropriately addressed in the standard-setting process.”

Panel members also expressed support for a “sunset” period (somewhere between two and five years) so they can assess whether the recommendations are working and whether additional changes need to be made.

The panel’s staff was working to draft a list of recommendations before the panel’s Dec. 10 meeting to determine how a separate board would be constituted and interact with the FASB board. The panel will fine-tune that draft at its December meeting and is expected to make recommendations in a report to FAF in January. The report will be public. FAF is likely to discuss these recommendations at its February meeting but may need to deliberate further.

Many speculate that FAF trustees will expose any proposed structural or process changes for public comment, consider that feedback and finalize a set of changes. Timing of the decisions around those changes and potentially creating a private company board would be closely tied to how quickly FAF can take action.

Judith O’Dell, who chairs the Private Company Financial Reporting Committee (PCFRC), said she believes that if FAF were to issue recommendations for comment after its February meeting, the comment period would extend beyond tax season to give practitioners time to respond.

Some panel members and public comments suggested that FAF request FASB postpone major changes in GAAP or further delay the effective date of major new standards for private companies, particularly standards relating to the convergence projects between FASB and the International Accounting Standards Board, until FAF makes a decision on the panel’s recommendations. Currently, private companies are sometimes granted an extension for major projects.

Convergence projects were singled out because they tackle some fundamental accounting and financial reporting topics that could result in major changes in how such things as assets, liabilities and revenues are accounted for, and therefore could be costly to implement.

Also related to cost is the need to determine funding sources for an additional board. Possible funding sources could include cash donations from individual firms or donations from foundations of private companies, though the independence of those donors would be considered when analyzing these sources. Additionally, having part-time board members would be more affordable than full-time board members, panel members noted.

Some members who spoke at the October meeting supported a reconstituted FASB with more private company representation. Billy Atkinson, 2009–2010 chairman of the National Association of State Boards of Accountancy (NASBA), one of the panel’s three sponsoring organizations, voiced support for a single board to ensure that the standard setters are “at the same table” when it comes to making decisions.

“The FAF and its processes for the oversight of standard setting are sound,” Atkinson said in a statement. “The real challenges ahead are the important public policy issues associated with the debate.”

Even most of the members who support keeping private company financial reporting standard setting under FASB said the board needs more private company representation and that while the recent change to a seven-member board from five is a step in that direction (especially if the additional members are from the private company sector) it is not enough.

“Showing we have a board that’s receptive to the needs of private companies may be the most important outcome,” said Mark Vonnahme, retired executive vice president, Surety, Arch Insurance Group.

FAF President Terri Polley acknowledged this need both in the meeting and in an official statement: “It’s important that our trustees have a thorough understanding of the issues affecting private company standard setting as they consider the entire standard- setting system,” she said. “The FAF stands ready to carefully consider improvements in standard setting under its oversight.”

Leslie F. Seidman, who was named FASB’s acting chairman, effective Oct. 1, 2010, wanted the panel to give FASB a chance to prove the board members understand the needs of private companies.

“We’re committed to listening to the concerns expressed by this panel, taking those concerns seriously and seeing what enhancements we can make to make sure we are providing relevant information,” she said. “We need more resources throughout the process to make sure the needs of private companies are brought up at every stage of the process not [just] at the end.”

As chair of the PCFRC, a group tasked with making recommendations to FASB about how specific standards can best address the cost/benefit considerations in the private company arena, O’Dell acknowledged recent sentiment changes at FASB as a positive step but said she still favors a separate board because she has not seen enough progress to date.

“When PCFRC first formed [in January 2007], it was my understanding we would make recommendations that would be actively debated at the board level,” and that has not resulted in appropriate GAAP differences, she said.

In its current capacity, the PCFRC makes recommendations to FASB, and FASB decides whether to accept or reject them. A new separate board would have the authority to modify standards for private companies without needing permission from FASB.

Blue-ribbon panel members who support a separate board said there should be a system of checks and balances to ensure FASB’s perspective is kept as a frame of reference to the private company board, and vice versa. One way to keep that alignment could be by having a member of each board hold a nonvoting seat on the other board, some said.

EITF AS A MODEL?

A compromise idea arose at the October meeting around forming a private company group similar to the Emerging Issues Task Force, which was formed in 1984 and whose mission is to assist FASB in improving financial reporting through the timely identification, discussion and resolution of financial accounting issues.

Although FASB members do not vote on consensuses at Task Force meetings, all consensuses must be approved by a majority of the FASB board. The EITF structure did not seem to gain traction among the panel because they said the same FASB board, even if restructured, would not be sufficiently constituted with the private company constituent perspective.

Some panel members said they would like to recommend a separate set of standalone GAAP standards for private companies but recognized this transformation could take a long time and wanted to make changes more rapidly.

Many had a strong desire to see an evolution to a separate set of standards. How that evolution would transpire has yet to be determined.

The October meeting was the fourth meeting of the 18-member panel, which was created in December 2009 to provide recommendations on the future of U.S. accounting standards for private companies.

The discussion that took place followed an overview of the more than 140 public comments FASB received in response to a series of questions relating to private company financial reporting. Comments overwhelmingly cited a systemic problem related to GAAP for private companies.

The 18 panel members and participating observers represent a cross section of financial reporting constituencies, including lenders, investors and owners, as well as preparers, auditors and regulators. The panel is chaired by Rick Anderson, CEO of Moss Adams LLP.

The panel is a joint effort by the AICPA, FAF and NASBA.

During the July meeting of the blue-ribbon panel on private company financial reporting, members almost unanimously agreed that the status quo is “unacceptable” and eliminated from consideration models based on IFRS.

In July 2009, the IASB released International Financial Reporting Standards designed for use by small and medium-size entities. IFRS for SMEs is a self-contained, stand-alone set of financial accounting and reporting standards. Along with the standards, the board released implementation guidance. It is a simplified version of full IFRS.

Many panel members indicated that, while the U.S. ultimately may move to IFRS, the chosen model could evolve to encompass those changes. However, the overall consensus was that having private companies go to IFRS for SMEs in the U.S. right now was not a good solution in the short term. Potential models and related structures the panel eliminated from consideration included Unmodified IFRS for SMEs and IFRS for SMEs Customized (“Americanized”) for U.S. Private Companies.

Panel staff revised the remaining models and structures, and presented those revised options at the Oct. 8 meeting. They included:

The first and last models came with the options of having a separate private company standard-setting board or a restructured FASB. The baseline GAAP model only provided the option of a restructured FASB. All restructuring options came with recommendations that the Financial Accounting Foundation should adjust FASB’s composition as necessary to include “sufficient private company experience and perspective,” including considering appointing one or more members whose experience is primarily with the private sector to the expanded seven-member board.

At the end of the October meeting, the majority of the panel members voted to support GAAP with exceptions and a separate board that would set public company accounting standards by modifying FASB standards.

AICPA President and CEO Barry Melancon said he did not favor reinventing standards, rather he envisions a new board that would modify FASB standards by switching on or off certain provisions as appropriate for private companies.