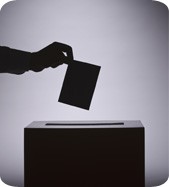 The AICPA Council unanimously voted in May 2010 to ballot AICPA members on a proposed change to update the requirements for Institute membership. This change is a part of the first major comprehensive review of membership requirements since the 1950s. The ballot measure, if approved, would make it possible for individuals who currently hold or at one time held a valid CPA certificate to join the AICPA as voting members.

Further, it would use the requirements for certification laid out in the Uniform Accountancy Act as the criteria for admission as a voting member of the AICPA. If approved, individuals who passed the CPA exam and met the education and experience requirements detailed in the UAA but did not become certified or licensed in their state could become AICPA voting members. It would not change the fact that such individuals could not hold out as CPAs, in accordance with their state board’s requirements.

“It is important to note that the AICPA’s governing Council of 260 members from every type of background and every state voted at the May 2010 spring Council meeting to move this amendment forward,” said AICPA President and CEO Barry Melancon. “Many members may not be familiar with the Uniform Accountancy Act, but it is the regulatory basis of our efforts to create uniformity among state accountancy laws and was also the basis of our tremendous success with NASBA (the National Association of State Boards of Accountancy), state societies and state boards as we’ve created momentum now in 47 states for CPA mobility.” [Mobility is the ability for a CPA to gain a practice privilege outside of the CPA’s home state without having to notify the state board of accountancy in another jurisdiction.]

The measure seeks to reconcile the requirements for voting membership with the profession’s current membership composition, the market’s expectations and the various ways that CPAs can enter and work in the profession.

One goal of the proposed change is to provide membership participation for accounting professionals who work in the corporate and nonprofit sectors, where an active license is generally not required. Under the Institute’s existing bylaws, individuals must have a current CPA certificate at the time they apply for membership, but they aren’t required to maintain that certificate to remain voting members. This creates inequity whereby some individuals who have left public accounting and let their certificates lapse because they were no longer holding out to third parties as CPAs may remain members while others who followed a similar track but hadn’t joined the Institute while credentialed CPAs cannot join the AICPA as voting members.

Fixing that disparity would modernize and update the AICPA membership requirements. Greater member involvement from business and industry professionals “would also contribute to the profession’s insight on accounting matters and enhance our voice in the realm of advocacy,” said Carol Scott, CPA, AICPA vice president–Business, Industry & Government.

All members admitted under the new provisions would be required to adhere to the AICPA’s CPE standards and abide by the Code of Professional Conduct. The Code prohibits members without a current license from holding themselves out as CPAs if they are not certified or licensed by their state boards. Individuals who have had a CPA certificate revoked as a result of a disciplinary action would still not qualify for AICPA membership as a result of this proposed change.

The ballot period begins in August and closes in October. Paper ballots have been mailed to AICPA voting members, and a ballot is available for download at aicpa.org/ballot.

To pass, the proposed changes require the approval of two-thirds of members who cast votes on the measure. Results will be announced Oct. 19.

Please complete your ballot and mail it in the addressed envelope enclosed with the ballot. Thank you for your vote on this very important issue.