Stakeholders react to timeline that would not require IFRS until 2015 or later. 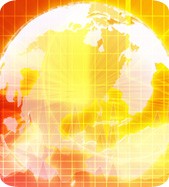 The SEC’s unanimous approval in February of a new policy statement and staff work plan set the scene for a watershed vote next year on if and when the CPA profession will be required to transition to IFRS for U.S. public company financial reports.

Though much remains uncertain, the SEC made clear that it envisions 2015 as the earliest possible date for the required use of IFRS by U.S. public companies. The SEC action calls for more study of IFRS and a 2011 vote on whether to move ahead with a mandate to use IFRS. And perhaps most importantly for issuers, auditors and other stakeholders hungry for signs of which way the commission might be leaning, the SEC directed its staff to publish periodic progress reports, starting no later than October, which will be available to the public.

This article highlights the SEC plan’s major points and presents initial reactions of stakeholders interviewed by the JofA.

While the SEC affirmed its desire to keep moving toward IFRS adoption, the new timeline offers issuers some breathing room from the 2014 deadline originally spelled out in the proposed road map the SEC unveiled in 2008.

That road map also would have allowed certain U.S. companies to use IFRS before 2014. But in the statement approved Feb. 24, the SEC said it is not pursuing an early adoption option and, accordingly, withdrew the proposed rules that would have permitted it. The SEC said it could reconsider this position later.

The statement also says the SEC is not ruling out the possibility that issuers may be permitted to choose between the use of IFRS or U.S. GAAP.

The statement directs the SEC staff to develop the plan with the following issues in mind:

The SEC staff will conduct research, and hold discussions with investors, preparers, auditors, attorneys and academics, among others. It is unclear whether public comment on the plan would be sought.

While SEC Chairman Mary Schapiro stressed that the commission is “on track to make a recommendation in 2011,” commissioners said that requiring U.S. public companies to report in IFRS is a highly significant decision that they would not make unless they are certain it is the best move for investors and the companies involved.

Summing up the commission’s guiding principles, SEC Commissioner Kathleen Casey commented that “above all, the standard-setting process must result in high-quality standards, that is, a comprehensive set of neutral principles that require consistent, comparable, relevant and reliable information that is useful for investors, lenders and creditors, and others who make capital allocation decisions.”

And in Casey’s view, IFRS meets these requirements: “I am confident that, much as the commission did when it voted to allow foreign private issuers to file periodic reports using IFRS without reconciliation to U.S. GAAP, the staff will report to us that they continue to find IFRS to be of high quality, and the IASB to be focused on investors’ information needs,” she said.

“The decision puts healthy pressure on all parties involved to achieve the best product for investors,” said Standard & Poor’s Chief Accountant Neri Bukspan, CPA. “The SEC made an appropriate decision in continued support of a global set of consistent, high-quality accounting standards, which we support at Standard& Poor’s.”

“To be effective, IFRS will require some global consistency, global structure, appropriate funding and oversight as well as consistent enforcement,” Bukspan said.

Robert Howell, who teaches financial statement analysis in the MBA program at Dartmouth’s Tuck School of Business, said he believes the SEC is heading in the right direction, though at “glacial” speed. Howell also shared concerns that seemed to align with the contingencies outlined in the commission’s statement. “I am not sure the FASB and IASB (International Accounting Standards Board) are far enough along in standardizing accounting policies,” he said.

Howell also emphasized the necessity of educating preparers, auditors and investors so that they can make an orderly transition to IFRS.

Many issuers who commented on the 2008 road map proposal raised questions about the cost of moving to the new standard. They also said the road map would not give them enough time to transition to the new standards if the SEC does not reach a decision until 2011.

The road map, which was introduced under former Chairman Christopher Cox, outlined a plan that would have required the largest U.S. companies to file IFRS reports for fiscal years beginning on or after Dec. 15, 2014, provided certain milestones (including—but not limited to—improvements in accounting standards) had been met by 2011.

For the new plan unveiled Feb. 24, early feedback from issuers interviewed by the JofA was mixed.

“We support the renewed commitment by the SEC to move forward with their consideration of whether IFRS is suitable for use by U.S. domestic companies and how that transition should take place,” said Aaron Anderson, CPA, director, IFRS policy and implementation for IBM. “Having applied IFRS for many of our subsidiaries’ statutory filings, we are confident the evidence gathered will support a decision in 2011 to allow or require IFRS for U.S.-domiciled companies in addition to the foreign filers who have that option today.”

“After all this time, the SEC decision is somewhat disappointing,” said Eli Lilly Chief Accounting Officer Arnold C. Hanish, CPA. “This doesn’t help us and it’s not inconsequential because there’s cost associated with waiting. We have systems projects in progress that if we knew the SEC’s end game, we could incorporate modifications once rather than having to make multiple changes. We have competitors that are currently reporting under IFRS and a few affiliates that have been required to adopt IFRS for local statutory reporting. It’s time for the SEC to drive a stake in the ground so we, FASB and IASB have a date certain to drive toward.”

A key issue in any eventual SEC vote is progress of the convergence project undertaken by FASB and the IASB under which the two standard-setting boards have agreed to merge their separate sets of standards into a single, high-quality set. Under the agreement, the boards are taking the best approach from either U.S. GAAP or IFRS or jointly developing entirely new standards where the current standards of neither body are deemed to be of sufficient quality.

In response to a question from Schapiro on the future role of FASB under the staff’s work plan, SEC Chief Accountant James Kroeker said he could foresee FASB continuing to have a substantive role moving forward, even post-transition.

The AICPA, while applauding the SEC’s action, focused on the need for the SEC to set a certain date for the use of IFRS.

“The AICPA supports the thoughtful and concrete steps the SEC is taking as outlined in its plan today to prepare for this transition,” said AICPA President and CEO Barry Melancon. “The AICPA believes that it is critical for the SEC to set a date certain for use of IFRS in the U.S., and we urge the commission, as it completes this work plan in 2011, to ensure investor confidence is maintained and key milestones lead successfully to global standards in 2015.”

The International Federation of Accountants (IFAC), which also expressed support for the SEC decision, pushed for earlier adoption. “We are disappointed that [the SEC] is not seeking an adoption date closer to the ambitions of the G-20—by June 2011—and urge the SEC to allow for early adoption of IFRS for severely affected multinational companies,” said IFAC President Robert Bunting.

The AICPA-affiliated Center for Audit Quality (CAQ) expressed similar sentiments. “The SEC’s action, in conjunction with the staff’s forthcoming work plan, should provide a path forward to the incorporation of IFRS into the financial reporting system for U.S. issuers,” said Cindy Fornelli, the CAQ’s executive director. “We encourage the commission to execute its action plan so it is in a position next year to make a positive decision to adopt IFRS.”

The SEC voted unanimously in February on a statement supporting the continued move toward adopting IFRS for U.S. public companies.

The commission also adopted a work plan under which the SEC staff will study issues surrounding adopting IFRS in the U.S., including the suitability of the standards themselves as well as both preparer and investor education.

The SEC staff will make periodic, public reports about its progress on the work plan beginning in October.

A definitive commission vote on whether to mandate adoption is expected in 2011. The earliest that IFRS would be required is 2015. The statement leaves open the possibility that companies would be able to choose between IFRS and U.S. GAAP.

The SEC also withdrew proposed rules that would have allowed some U.S. issuers to adopt IFRS early. The SEC said it could revisit that decision.

The AICPA praised what it called the SEC’s “thoughtful and concrete steps” while urging the commission to set a “date certain” for IFRS adoption.

International Versus U.S. Accounting: What in the World is the Difference? (#731667)

To access On-Site Training courses, go to aicpalearning.org and click on “On-Site Training” then search by “Acronym Index.” If you need assistance, please contact a training representative at 800-634-6780 (option 1).