Although the AICPA is prepared to help the government curb abusive tax shelters, it also wants to ensure that taxpayers can legally minimize their tax liabilities. That was the message David A. Lifson, chairman of the AICPA tax executive committee, brought to the House Ways and Means Committee during recent hearings on corporate tax shelters.

“No one likes feeling that some taxpayers are not paying their fair share,” Lifson said. “On the other hand, we believe taxpayers should be entitled to structure transactions to take advantage of intended incentives and to pay no more than is required by the law.”

Lifson recommended using de minimis rules to exempt smaller transactions from the proposed increased scrutiny on tax shelters. He also suggested exempting transactions that have a business purpose and that are consistent with the intent of the law.

According to Lifson, the Institute will not support corporate tax shelter proposals that are overly broad, vague and so punitive they create a chilling effect on normal business transactions. 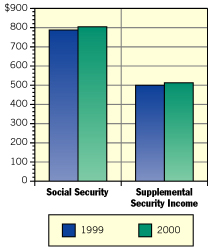 “If the government wants to place a greater responsibility on large, ‘gray area’ transactions,” he said, “it should enact clear rules to provide for enhanced disclosure, higher standards of legal support and higher penalties on failures in certain situations.”