David M. Walker, CPA, is confirmed as the new comptroller general of the GAO.

J ust before the Senate adjourned in October to indulge in some 11th-hour campaigning, its members confirmed the appointment of David M. Walker, CPA, as comptroller general.

It was a quick vote for the senators. But for Walker, the process had begun 16 months earlier when President Clinton nominated him for the comptroller general position. The 47-year-old Walker was a partner and global managing director, human capital services practice, in the Atlanta office of Arthur Andersen LLP at the time.

David Walker is an outstanding selection, said Barry Melancon, president and CEO of the AICPA. We're proud that a CPA once again has been chosen to head the GAO.

With the appointment, Walker becomes arguably the most important CPA in government today, and you can expect to hear his name inside the Beltway for some time to come.

Walker outlined his three primary goals for the new position during the hearing and in a recent interview. He said he intends

Fortunately, with a 15-year term, he said, you don't have to do anything overnight.

Walker said he would start by doing a strategic plan.

We need to satisfy ourselves that we are focused in the right direction and allocating the GAO's resources properly for the 21st century, he said.

He added that he was interested in changing the mix of congressionally mandated projects (96%) and self-initiated projects (4%) undertaken by the GAO.

Walker explained that the limited resources for self-initiated projects at the GAO has kept the office from focusing on longer-range issues.

His experience includes serving as the public trustee of the Social Security and Medicare trust funds, and vice-chairman of the secretary of labor's ERISA advisory council.

Walker has also served as chairman of the AICPA employee benefit plans committee. He wrote an article for the Journal on pension benefit plans (see JofA, June96, page 55). He is the author of Audits of Employee Benefit Plans , a CPE course published by the AICPA since 1991.

Walker is author of the book, Retirement Security: Understanding and Planning Your Financial Future (John Wiley & Sons, 1997) and co-author of Delivering on the PromiseAttracting, Managing and Maintaining Human Capital (The Free Press, 1998). 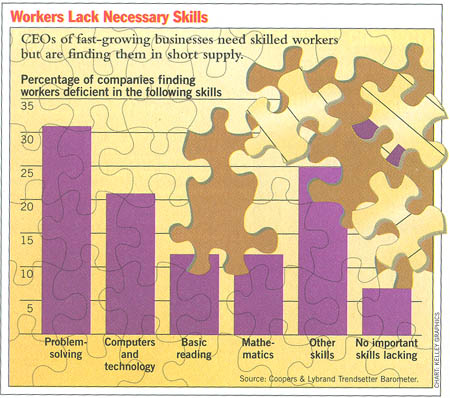 G ASB's first foray into the confusing, controversial Y2K world hasn't been overwhelming. Only eight paragraphs long, GASB Technical Bulletin no. 98-1, Disclosures about Year 2000 Issues , appears to address the issue with admirable succinctness. But, because of its alleged inconsistencies, among other problems, it provoked a response from the AICPA that is longer than the document itself.

The bulletin briefly discusses the history of the issue, then, with reference to previous GASB guidance, says, Disclosure of Year 2000 issues is consistent with the objectives of financial reporting in GASB Concepts Statement no. 1, Objectives of Financial Reporting , paragraph 79, which states that financial reporting should assist users in assessing the level of services that can be provided by the government and its ability to meet its obligations as they become due. The statement further requires governments to disclose resources committed to making their systems Y2K-compliant. Governments also must disclose what stage their remediation efforts have reachedawareness, assessment, remediation or validation/testing. The bulletin is effective for financial statements on which the auditor's report is dated after October 31, 1998. It terminates for financial statements for periods ending after December 31, 1999, unless systems and other equipment are not Y2K-compliant as of the balance sheet date. Earlier application is encouraged.

Objections and guidance
In its comment letter on the exposure draft of the bulletin, the AICPA said it disagreed with the bulletin's presumption that the omission of the Year 2000 issue would cause financial statements to be misleading and declared that we do not believe that the proposed disclosures belong in the basic financial statements or even as required supplementary information. The comment letter points out that the guidance in the bulletin differs from SEC and FASB positions and will cause problems for auditors because the disclosures contain requirements that are neither assertable by management nor verifiable by auditors.

The ink was still wet on the technical bulletin when the AICPA issued its own guidance to auditors, which advises caution, saying that sufficient audit evidence may not exist to support the required TB disclosures. Therefore, auditors may need to consider issuing qualified opinions (scope limitations) with respect to such disclosures. The Institute's statement also provides sample reporting language.