The couple later amended their 1990 return to claim a $30,610 refund. They arrived at the figure by using the exchange rate on the sale date to determine both the purchase and the sale price and to determine the cost of the capital improvements. This reduced the capital gain to $199,491. The Internal Revenue Service disallowed the amended refund claim, stating that the cost basis of the house had to be determined using the exchange rate on the purchase date and when each capital improvement was made. 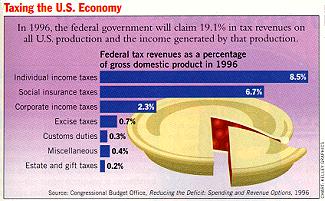 The Quijanos argued that they suffered a loss on their mortgage loan transaction because the value of the dollar against the pound had declined between the time of purchase and the time of sale. They believed they should be allowed to offset this loss against the real estate transaction gain-the capital gain realized from the sale of the residence. The Quijanos argued the mortgage loan was part of a "hedging transaction" under Internal Revenue Code section 988(d)(1), so the loan transaction could be integrated with the real estate transaction. Under section 988(d)(1), this treatment is allowed if the taxpayer is borrowing under a debt instrument where he or she is obligated to repay the loan in a "nonfunctional currency."

Result: For the IRS. The Tax Court rejected the Quijanos' argument that the transaction qualified as a hedging transaction because (1) the mortgage loan transaction was not conducted by a trade or business and was not entered into for profit and (2) the Tax Reform Act of 1986 explicitly excludes the use of section 988 for foreign currency gains or losses recognized by U.S. individuals residing outside the United States to repay a foreign-currency-denominated mortgage on a principal residence.

The Tax Court also rejected the Quijanos' use of the exchange rate in effect at the time of sale to determine the sale and purchase prices. The Quijanos wanted to treat the pound as their functional currency or qualified business unit (QBU) under IRC section 985(b)(1). However, the Tax Court found the taxpayers did not use the pound as the unit of trade or business for which they maintained separate books or records, so it did not qualify as a QBU. The court concluded that the basis, sale price and the cost of capital improvements had to be determined using the exchange rate in effect when the purchase, sale or improvement took place.

I n 1991, Mr. and Mrs. Jasko's residence was destroyed by fire. The loss was covered by fire insurance. The Jaskos incurred $71,000 in legal fees during 1991, 1992 and 1993 in a dispute with the insurance company over the home's replacement cost. In 1992, they paid $25,000 of those legal fees and deducted them on their 1992 tax return as a miscellaneous deduction. The IRS disallowed the deduction under IRC section 212(1), which allows individuals to deduct all ordinary and necessary expenses paid or incurred during the taxable year for the production or collection of income. Because the Jaskos did not hold their house for the production or collection of income, the legal fees were not deductible. The Jaskos conceded this point but claimed the insurance policy should be considered separate from the ownership of the home, and therefore the legal fees incurred to regain the house's full replacement cost should be deductible.

Result: For the IRS. The Tax Court rejected the Jaskos' argument that the insurance policy should be separated from the residence. Citing the "origin of claim" doctrine, the court said the policy was meant to reimburse the Jaskos by providing the replacement cost of a home. Without the home and the fire, the insurance policy would be meaningless, so the home and the fire were the origin of the Jaskos' legal claim. The Tax Court also concluded that the destruction of the house by fire was the equivalent of disposing of a capital asset or an involuntary conversion. Therefore, the legal fees were a nondeductible capital expenditure. They could, however, be used as an offset against any gain the Jaskos may have realized from the insurance proceeds.