T he Government Accounting Standards Board expected to issue by the end of January an exposure draft of a new government financial reporting model. The GASB has been developing a new model since its inception in 1984; in June 1995, it released a preliminary views (PV) document, Governmental Financial Reporting Model: Core Financial Statements. 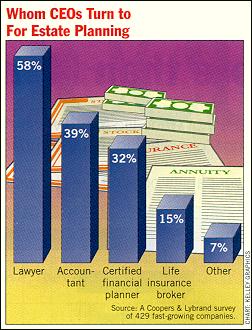 Opposition to the proposed model has grown considerably since the PV's issuance-the GASB received over 230 comment letters, two-thirds of which called for the GASB to either amend the PV or delay the project until recommendations are implemented. However, GASB Chairman Tom Allen told the Journal the board would move forward with the project. "We have looked at all the comments on the PV in great detail and have records of both the comments and our responses to each issue," he said. In the PV "we made many changes to the reporting model that all groups, even those most critical of the GASB, acknowledged would be improvements over current practices."

The PV proposed a dual-perspective presentation for the new model. A fund perspective would present many of the traditional measurements found in the current fund-type model, including additional information for users on the government's major funds. An entitywide perspective would give users an overview to assist them in determining whether a government is better or worse off.

Dianne K. Mitchell, technical manager in the Division of State Audit in Nashville and vice-chairwoman of the Governmental Accounting Standards Advisory Council, said many constituents did not like the PV's proposal for two measurement focuses. "Most constituents like parts of the PV but not all of it." Nonetheless, Mitchell said she expected the GASB to issue the ED as scheduled and then closely examine the second set of comments on the issues.

In March, William J. Raftery, former president of the National Association of State Comptrollers (NASC), sent a resolution from the NASC to the GASB calling on the GASB to cease its work on the reporting model until the Financial Accounting Foundation, GASB's oversight body, reviewed GASB's due-process procedures. Raferty said state and local government preparers and auditors of financial reports believed the GASB had ignored due process as it considered the new financial reporting model.

Allen told the Journal the board had chosen to continue with its PV model, implementing some of the constituents' comments, but there had been too many disparate recommendations to implement all of them in the ED. "The fact that we did not do what all the groups requested does not mean that we did not carefully consider all comments." Allen said the proposed model made such significant changes to government accounting that it included dozens of decisions that could be treated as separate projects. "We expected that a project of this magnitude would be extremely challenging," said Allen.

T he board of trustees of the Financial Accounting Foundation (FAF) has voted to increase the number of members on the Government Accounting Standards Board (GASB) from five to seven. FAF chairman J. Michael Cook said the trustees recommended that the positions be filled by a state financial statement preparer and a user of government financial statements. The change will be effective on or before July 1, 1997.

Currently, the GASB requires a simple three-to-two majority to approve a standard. Tom L. Allen, GASB chairman, told members attending the American Institute of CPAs Annual Government Accounting and Auditing Update Conference in August that there had been times when a vote was reversed because only one GASB member had changed his or her mind.

Cook said the two new members would bring "broadened experience to the board and would enhance the GASB's process and the quality of its work on the significant matters it will address in the near future." The board currently is composed of two local government preparers, one state auditor, a representative in public practice and an academic (see below).