T he Internal Revenue Service has finalized rules that allow most businesses to choose whether they will be treated as a corporation or as a pass-through entity such as a partnership. Check-the-box rules also allow businesses to disregard their entity status for federal income tax purposes. For example, under the default classification system, a domestic single-owner entity is taxed as a sole proprietorship if the owner is an individual or as a division if the owner is a corporation, unless the entity elects to be taxed as a corporation.

The single-owner entity would not have to file a separate tax return; rather, it would simply report taxable income on Schedule C, Profit and Loss From Business , as a part of the owners form 1040.

For some time now, companies have made use of so-called hybrid entities, such as limited liability companies, to take advantage of certain domestic and international tax breaks. These hybrid entities have both corporate and noncorporate characteristicsthey can enjoy the liability protections of corporations but are not necessarily taxed as corporations. Under the check-the-box rules, businesses can avoid having to carefully structure hybrid entities to realize these benefits.

Observation: The final check-the-box rules have important implications for the taxation of domestic and international operations. The "tax nothing" box could be chosen to achieve combined or consolidated reporting in states that restrict or prohibit combination and consolidation. At the federal level, subsidiaries whose separate status is disregarded may offer benefits of consolidated reporting without the negative aspects of the consolidated return rules. Certain foreign entities also may be "tax nothings" or partnerships, allowing companies to simplify their international structures and take advantage of planning opportunities.

Taxpayers should be aware of the check-the-box regulations default classification system so they do not miss making the necessary election. The default rules differ depending on whether the entity is foreign or domestic. Some foreign entities, such as a British public limited company, are per se corporations under the rules, and alternative treatment cannot be elected. Furthermore, taxpayers should verify if these rules apply to their state filings.

Broader Use of the Income Forecast Method


P erhaps the most important depreciation methods case decided over the past several years was ABC Rentals of San Antonio v. Commissioner . In this case, the court ruled the income forecast method could be used to depreciate tangible property. Prior to the case, the income forecast method was used primarily by motion picture companiesit allowed for a depreciation of property over a period that was determined by a films income. However, it no longer is limited to the assets of a motion picture company.

The Tax Court, citing Internal Revenue Code section 168(f)(1), said the taxpayer could choose not to use the modified accelerated cost recovery system (MACRS) as long as the property was properly depreciated under a method not based on the propertys life. Because ABC Rentals accurately documented its projected income as derived from its rental property, it could be depreciated under the income forecast method. 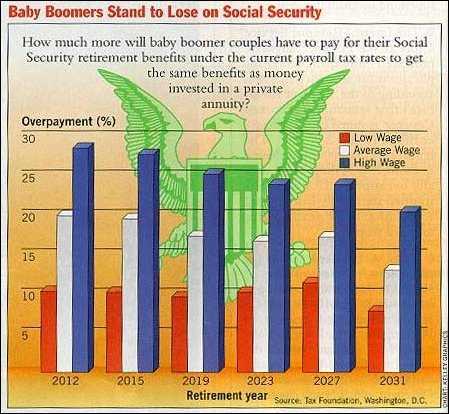 
A ccording to Internal Revenue Code section 408(e)(1), amounts an IRA earns are generally tax deferred until distributions are made. However, in certain instances, IRAs are not tax deferred.

The IRS ruled that the business income passed through to the IRA as a limited partner in the retail tire business constituted UBTI. It further said the rental income from the warehouse was generated by debt-financed property and it, too, constituted UBTI. Thus, the IRA was liable for any income taxes due on the UBTI that exceeded the $1,000 statutory exemption of section 512 (b)(12).