L ast month, the Journal reported on the difficulties states are facing in taxing transactions over the Internet. (See "Business Group Addresses Online Nexus," JofA, Mar.97) Of course, the Internet gives no more respect to international boundaries than to state boundaries, and the U.S. Treasury Department is beginning to address the same Internet taxation issues as the states, from a global perspective.

In November 1996, the Treasury released a discussion paper, Selected Tax Policy Implications of Global Electronic Commerce , which recognizes the radical changes the Internet is precipitating in international commerce. "Most of our concepts of international taxation are based on geographic principles," Bruce Cohen, an attorney adviser in the Treasurys Office of the International Tax Counsel, told the Journal . "But electronic commerce is beginning to render some of those traditional geographic considerations irrelevant."


Changing principles
Cohen said that a main goal of the Treasury was neutralitycompanies doing business over the Internet should not pay more or less tax than their competitors doing business through traditional venues. However, because the Internet makes it difficult to trace the source of a transaction, there may be a move to more residence-based taxation. "Even with the Internet, you can determine where a company is incorporated," said Cohen, noting that U.S. tax treaties with other countries favor residence-based taxation. The paper says that, "almost all taxpayers are resident somewhere...and, at least under U.S. law, all corporations must be established under the laws of a given jurisdiction." 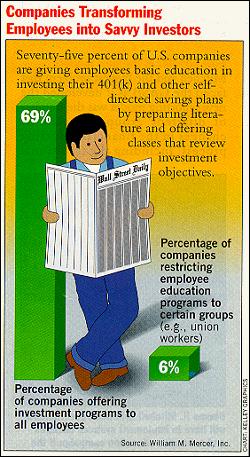 The paper addresses other Internet commerce issues as well: Regulators will have to consider the classification of income arising from digitized information, such as a computer program that is e-mailed to a customer rather than conventionally mailed on a disk. Also, electronic money, a concept still under development, can create new forms of money essentially like cash and thus difficult to trace.


Ongoing policy creation
The Treasury emphasizes that the paper is mainly to elicit views and is not a statement of policy of the U.S. government or any of its departments. Cohen said that ultimately the Treasury is likely to issue some regulations or other guidance, but it was unlikely to address all these issues at one time. He also said that eventually there may be some legislation, although there were no current proposals. The Treasury is inviting comments, meanwhile, which should be sent to Joseph H. Guttentag, International Tax Counsel, Department of the Treasury, 1500 Pennsylvania Avenue, NW, Washington, D.C. 20220, or e-mailed to Taxpolicy@treas.sprint.com, with the subject line "technology issues." The 18,000-word paper may be downloaded from the Treasury Web site at http://www.ustreas.gov/treasury/tax/internet.html . It also was reprinted by the Bureau of National Affairs on November 22, 1996.