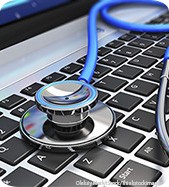 The small employer health insurance tax credit under Sec. 45R was enacted by the Patient Protection and Affordable Care Act (PPACA), P.L. 111-148, to help small businesses and small Sec. 501(c) tax-exempt organizations afford the cost of providing health insurance coverage for their employees. However, many potentially eligible employers that have gone through the relatively complex credit calculation have been dismayed to find that they were eligible only for a small credit or none at all. Because the maximum potential credit increased for 2014, employers that take the time to make the calculation may find that they are eligible for a substantially larger credit than in prior years.

To be eligible, an employer must:


A qualifying arrangement, further described below, generally is one in which the employer pays at least 50% of the premium cost for single (employee-only) coverage.

Phase I. For tax years 2010 through 2013, the maximum credit was 35% of the employer’s contribution toward the employees’ health insurance premiums (25% for nonprofits).

Phase II. For tax years 2014 and later, the maximum credit is 50% of the employer’s contribution toward the employees’ health insurance premiums (35% for nonprofits). The credit is available for a maximum of two years. In addition, employers must obtain the insurance through the Small Business Health Options Program (SHOP), a feature of the health benefit exchanges, or “marketplaces,” that states and the federal government have established under PPACA.

An employer’s eligible premium contribution is limited to the average cost of health insurance for the small group market in the employer’s state or an area of the state (see Prop. Regs. Sec. 1.45R-3(b)). The average premium for the small group market is determined by the Department of Health and Human Services (HHS). After HHS sets the rate for a state (or within a state), it is published on the IRS website (irs.gov) and included in the instructions for Form 8941, Credit for Small Employer Health Insurance Premiums.

The credit is claimed using Form 8941. It is part of the general business credit, unused portions of which can be carried back one year and forward 20 years. The credit can be applied to both regular taxes and the alternative minimum tax.

The employer must reduce its health insurance premium expense deduction under Sec. 162 by the amount of the credit.

PRACTICAL TIPS FOR CALCULATING THE CREDIT

Calculating the credit can be extremely complex and cumbersome, and often it does not seem cost-effective. However, as financial advisers, CPAs need to attempt to calculate the credit whenever possible. They can often rule out an employer’s eligibility with a quick calculation of average wages or FTEs before requesting the amount of insurance premiums paid. Most small businesses have payroll data readily available on wages and hours worked. Once a standard template is set up for calculating the credit, the employer (or tax preparer) can enter wage and insurance data directly onto the template. This should make the calculation easier to complete when preparing the tax return for the second year the business is eligible for the credit.

The IRS maintains an Affordable Care Act Tax Provisions website (available at tinyurl.com/p44xjf5) to educate individuals and businesses on how the health care law may affect them. The site’s homepage includes three sections explaining the tax benefits and responsibilities for individuals and families, employers, and other organizations, with links and information for each group. The site also provides information about other Affordable Care Act tax provisions in effect in 2014 and beyond.

The IRS site links to a Small Business Health Care Tax Credit Estimator developed by the Taxpayer Advocate Service (available at tinyurl.com/oz9te8z) to help small businesses determine whether they are eligible for the credit and how much they might receive. Currently, the estimator is extremely limited and is unable to take into account all of the various complexities and limitations involved in the average calculation.

The IRS issued proposed regulations (REG-113792-13) on Aug. 26, 2013, that provide guidance on the credit. The regulations are proposed to be effective the date they are published as final in the Federal Register and apply to tax years beginning after 2013. If future guidance is more restrictive, it will not be applied retroactively.

SPECIFIC REQUIREMENTS FOR CLAIMING THE CREDIT

Following are some additional details on various aspects of qualifying for and calculating the credit.

Individuals considered employees. All employees other than specifically excluded employees are taken into account in determining FTEs, average annual wages, and premiums paid. The number of FTEs is calculated by dividing the total hours of service for all employees during the employer’s tax year by 2,080 maximum hours. No employee may be treated as working more than 2,080 hours. To calculate the total number of hours of service, an employer can use the actual-hours-worked method, a days-worked equivalency method, or a weeks-worked equivalency method. The number calculated, if not already a whole number, is rounded down to the next lower whole number (or if less than one, up to one), which may or may not be advantageous to the employer, depending on the circumstances.

Specifically excluded employees. A sole proprietor, a partner in a partnership, a shareholder who owns 2% of an S corporation, a person who owns more than 5% of any other business, and family members or dependents of any of the above are excluded from the calculation of the credit.

Leased employees. Leased employees generally are included in the calculation unless their health insurance premiums are paid by the leasing organization.

Seasonal employees. Seasonal employees who work 120 or fewer days during the tax year are excluded from the FTE calculation, but any premiums paid on their behalf are included in determining the credit amount.

Ministers. A minister is taken into account in determining the number of FTEs and premiums paid only if he or she is an employee under the common law test for determining worker status. However, the minister’s gross wages are excluded from the total wages paid, resulting in a lower average annual wage base.

Average annual wages. Wages, for purposes of the credit, mean wages subject to Social Security and Medicare tax determined without regard to the wage base limit. Therefore, gross wages per Form W-2, Wage and Tax Statement, are reduced by any pretax employee deductions, including the employee share of health insurance premiums paid. This results in a lower wage base for the calculation. The average annual wages paid by an employer for a tax year is determined by dividing total applicable wages paid by the total number of FTEs. This number is rounded down to the next lowest multiple of $1,000 (if not already a multiple), which is always advantageous to the employer because it results in a lower average annual wage base.

SAMPLE CALCULATIONS BASED ON HOURS WORKED

As previously indicated, the credit phases out as total FTEs rise between 10 and 25 and average wages increase from $25,000 (inflation-adjusted to $25,400 for tax years beginning in 2014) to $50,000 ($50,800 in 2014). In addition, the credit may be further limited by the average state premium amount, as discussed above. The number of months covered under the plan and the employer percentage of premiums paid also must be factored into the calculation.

Example 1: Total phaseout due to excess average wages. In 2013, XYZ Co., located in State X, pays total wages of $261,000 (excluding shareholders) to seven employees. The total number of hours worked is 12,320. This results in 5.92 FTEs. However, since that number must be rounded down to the next lower whole number, the average FTEs for this calculation is five. Therefore, the average wages paid is $52,000 (rounded down from $52,200). Since this amount is greater than the maximum wage threshold of $50,000, the credit is totally phased out.

There is no doubt that calculating the credit can be complicated and cumbersome, and it appears that the majority of claims may be limited to partial credits. However, resources are available to assist in the calculation, and the benefit to eligible small employers who already provide health insurance to their employees makes it worth the time it takes to make the calculation.

In addition to the increase in the maximum credit to 50% in 2014, the average wage phaseout threshold increases to $25,400 due to inflation. The credit very well may be a considerable amount for a small employer who is eligible for the full credit, and it may be just enough to encourage employers to offer health insurance to employees.

The U.S. Government Accountability Office (GAO) in 2012 reported to Congress on the impact of the small employer health insurance tax credit for the 2010 tax year. The GAO attempted to determine (1) the extent to which the credit was claimed and factors limiting claims, (2) how the IRS was ensuring that the credit was correctly claimed, and (3) what further data were needed to evaluate the credit’s effects (Small Employer Health Tax Credit: Factors Contributing to Low Use and Complexity, Rep’t No. GAO-12-549 (5/14/12)).

The GAO reported that far fewer small employers claimed the credit than were estimated to have been eligible. Depending on the estimate, only 4% to 12% of small businesses eligible for the credit claimed it in 2010. Most claims were limited to a partial credit amount by average wage and FTE limitations and state premium averages. In addition, the report, citing another study, indicated that only 17% of businesses that might have been eligible for the maximum credit offered health insurance to employees.

Small business representatives and tax preparer groups indicated that the credit was not large enough to encourage employers to begin offering health insurance, and, due to complex rules, the time needed to calculate the credit often deterred claims.

The GAO recommended that the IRS improve instructions to examiners reviewing credit claims and analyze the results to identify and address errors. It also recommended that the IRS give greater attention to confirming eligibility for the credit taken by small employers with non-U.S. addresses. The IRS agreed with these recommendations, and although additional instructions have been provided to examiners regarding some of the recommendations, not all have yet been implemented.

The small employer health insurance tax credit entails often complex calculations but can be beneficial for qualifying employers, especially since the maximum credit has increased for 2014 to 50% of employer contributions toward premiums (from 35% earlier). Tax-exempt small employers may qualify for a refundable credit (increased for 2014 to 35% from 25% in prior years).

A qualifying small employer must pay premiums for employee health insurance under a qualifying arrangement (generally one in which the employer pays at least half the cost of single coverage), have fewer than 25 full-time-equivalent employees (FTEs) for the tax year, and pay average annual wages of less than $50,000 (increased for 2014 to $50,800) per FTE.

“Health Care Reform Act: Critical Tax and Insurance Ramifications for You, Your Business, and Your Clients,” audio webcasts (#VCL4HCRA016, Feb. 21; and #VCL4HCRA017, March 21)