Schedule UTP: The early returns are in

And with them, some new rules 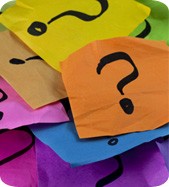 The first two years of corporate income tax returns requiring Form 1120, Schedule UTP, Uncertain Tax Position Statement, have been filed, and the IRS has described first-year returns and provided guidance for the growing number of business taxpayers that will be required to file it.

Schedule UTP was a required attachment to the 2010 tax returns of certain corporate taxpayers with assets equal to or exceeding $100 million, and the requirement remained in place as those same taxpayers prepared their 2011 returns. The 2011 filing season came with some new instructions and additional guidance for preparing Schedule UTP. The IRS took the opportunity to refine the form and define its expectations for taxpayers before the full rollout of the form, for which it continues to develop guidance. The asset threshold for filing Schedule UTP drops to $50 million beginning with the 2012 tax year and to $10 million in 2014. For now, the IRS has given some feedback on filings for 2010 to help taxpayers better prepare their returns.

Schedule UTP is intended to capture the information that business taxpayers reported to their financial auditors for the purpose of establishing reserves for uncertain tax positions under the financial reporting process required by the former FASB Interpretation No. 48 (FIN 48), Accounting for Uncertainty in Income Taxes, now mostly incorporated within ASC Topic 740, Income Taxes.

The IRS first announced that all business taxpayers with assets exceeding $10 million would be required to file the schedule if the taxpayer had one or more uncertain tax positions of the type required to be reported on the new schedule (see Announcement 2010-9). The announcement proposed that the schedule include the estimated amount of tax exposure for each uncertain tax position, along with a rationale for the position. Both requirements were revised and softened in response to comments from the AICPA and taxpayers, but development of the new reporting requirement continued. For 2010 tax years, the IRS did not require a Schedule UTP from some Form 1120 series filers or from passthrough entities and tax-exempt organizations.

The schedules are centrally processed and reviewed by the Large Business and International Division (LB&I).

The final instructions require corporate taxpayers with audited financial statements reporting all or a portion of the corporation’s assets for all or a portion of the corporation’s tax year and assets of $100 million or more to file the schedule with their return if they have one or more tax positions that must be reported on Schedule UTP and they file Form 1120, U.S. Corporation Income Tax Return; 1120-F, U.S. Income Tax Return of a Foreign Corporation; 1120-L, U.S. Life Insurance Company Income Tax Return; or 1120-PC, U.S. Property and Casualty Insurance Company Income Tax Return. The schedule is not required if a business files Form 1065, U.S. Return of Partnership Income, or Form 1120S, U.S. Income Tax Return for an S Corporation, regardless of entity size or financial reporting requirements. The schedule is required when a corporation has taken a tax position on its U.S. federal income tax return on or after Jan. 1, 2010, and the corporation, or a related party, has recorded a reserve in its audited financial statements for that position or did not record a reserve because of an expectation to litigate the position. A tax position taken on a tax return is defined as a position that would result in an adjustment to a line item on the tax return if the position were not sustained. If multiple tax positions affect a single line item on a return, each tax position should be separately stated.

The instructions also require that each tax position include identification of the primary Code sections involved (up to three) and whether the expected tax effect is categorized as temporary, permanent, or both, consistent with the audited financials. If multiple tax positions are disclosed, then each must be ranked from largest to smallest. Tax positions taken because of an expectation to litigate could be assigned any ranking number.

IRS Deputy Commissioner Steven T. Miller announced the results of the first Schedule UTP filings during his remarks to the Tax Executives Institute Mid-Year Conference on March 26, 2012 (transcript available here). The audience included corporate tax professionals from a wide variety of companies, many of which had completed a Schedule UTP for their 2010 return. The companies included those in the coordinated industry case (CIC) program, the largest taxpayers subject to LB&I scrutiny, as well as many other large corporate taxpayers, referred to as industry case (IC) taxpayers by LB&I.

The deputy commissioner announced that approximately 4,000 total issues were disclosed for 2010 and that 19% of all the issues disclosed dealt with transfer pricing. The top three Code sections involved were Sec. 41 (research credits), Sec. 482 (allocation of income and deductions among taxpayers), and Sec. 162 (trade or business expenses).

Of the 4,000 concise descriptions reviewed, the overwhelming majority described the tax position and nature of the issue in a way that satisfied the IRS. Miller noted, however, that the centralized review process determined that about 3% of taxpayers failed to satisfy the concise-description requirement. The IRS would issue notifications to the taxpayers whose descriptions were deemed inadequate, advising them to comply with the instructions, Miller said, adding that the letter recipients could expect their future returns to be reviewed.

On Feb. 3, 2012, the IRS revised the instructions for the 2011 Schedule UTP. Notable changes include filing requirements for taxpayers who change consolidated groups, the treatment of reserves affected by changed circumstances, and the disclosure of interest and penalties related to uncertain tax positions. The instructions now also include specific references to FIN 48.

The new instructions are not superfluous or merely explanatory but address real gaps in the reporting instructions from the first year. They are especially important for taxpayers active in mergers and acquisitions or for whom tax positions may have changed because of changes in case law or other developments. Taxpayers should also be reminded that Part II, “Uncertain Tax Positions for Prior Tax Years,” now must be completed when applicable.

The instructions for the 2011 Schedule UTP explain the filing requirements for new and old members of a consolidated group. A new instruction advises:

The instructions also clarify by an example (Example 11, page 4) that, in a merger, the acquiring corporation that survives the merger does not report an uncertain tax position of the target corporation that was reported on the target’s final return, even where the acquiring corporation, after the merger, records a reserve in its audited financial statements for the position because the target’s final return is a prior-year tax return on which the tax position was reported.

Another example addressing changed facts considers positions disclosed because of an expectation to litigate. New Example 5 clarifies that even if a corporation initially determines that a tax position is correct and does not record a reserve for the position, the corporation must file Schedule UTP in a later year, if it determines in that year, due to a change in circumstances, that the position is uncertain. It must do so regardless of whether it records a reserve or does not record a reserve because it expects to litigate.

The guidance includes five examples of concise descriptions that do not meet the requirements of the instructions, including, “This is an issue for which we have recorded a reserve because the appropriate tax treatment of this position is unsettled and we are awaiting published guidance and we are awaiting the outcome of pending litigation.” Others indicate that the issue is under audit or that the item is subject to IRS scrutiny. The IRS states that such descriptions do not provide relevant facts affecting the tax treatment of the item, nor do they identify the tax position and the nature of the issue. Of greater instruction are four examples that identify the tax issue but still are deemed insufficient, including, “This is a research credit issue.” A better description of a potential research credit issue, the guidance states, might be, “The taxpayer incurred support department costs that were allocated to various research projects based upon the methodology the taxpayer considers reasonable. The issue is whether the taxpayer’s method of allocating these costs is acceptable by the IRS.”

Schedule UTP is here to stay, but the IRS and taxpayers are still learning how to manage this new filing requirement. The deputy commissioner’s remarks indicate that taxpayers that are casual about completing this schedule are only inviting additional IRS scrutiny. And, as the most recent guidance demonstrates, not all of the answers will be found in the instructions or other traditional IRS publications or announcements. Corporate taxpayers should stay vigilant and expect changes as the IRS continues to refine its objectives for Schedule UTP.

The IRS introduced Schedule UTP, Uncertain Tax Position Statement, for certain corporate returns beginning with 2010 tax years. Generally, corporations subject to the reporting requirement must report tax positions taken on their tax returns for which the corporation, or a related party, has recorded a reserve in its audited financial statements or did not record a reserve because of an expectation to litigate the position.

Information the schedule requires for each tax position includes the primary relevant Code sections; whether the expected tax effect is temporary, permanent, or both; and, for multiple reported tax positions, their relative ranking in size. The schedule must also include a concise description of the uncertain tax position.

In a speech, IRS Deputy Commissioner Steven T. Miller provided statistics from 2010 filings of Schedule UTP, revealing, among other things, that most positions concerned transfer pricing; research credits; allocation of income and deductions among taxpayers; and trade or business expenses. The IRS also has provided guidance on the content of the concise description.

Anson H. Asbury ( aasbury@asburylawfirm.com ) is founder of Asbury Law Firm in Atlanta and an adjunct professor of law at the U.S. Army Judge Advocate General’s Legal Center and School in Charlottesville, Va.