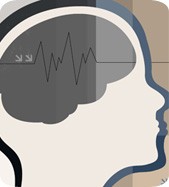 If you’re a CPA, you have vast knowledge of complicated standards and strategies and know how to apply them to complex business situations. But how well do you know the history of the CPA profession?

This 10-question quiz should give you some idea. These questions aren’t as difficult as the CPA exam, but they’re not easy.

1. Which law first gave CPAs official recognition by the federal government as a class of professionals?

2. By how many different names has the AICPA been known? (Give yourself extra credit if you can name the predecessor organizations.)

4. In what year was the first CPA bill enacted?

5. Which major firm designed and installed a computer-based payroll system for General Electric in the mid-1950s to create one of the first business systems applications of a computer?

6. Who was the first chief accountant of the SEC?

7. What was the National Commission on Fraudulent Financial Reporting, which issued a 1987 report on reducing the “expectations gap” between auditors and the public, popularly known as?

9. Which amendment to the U.S. Constitution, ratified in 1913, permitted a federal income tax?

10. The first two state societies of public accountants were formed in 1897. In which states were they formed?

1. The Revenue Act of 1924, which President Calvin Coolidge signed into law.

—Ken Tysiac is a JofA senior editor. To comment on this article or to suggest an idea for another article, contact him at ktysiac@aicpa.org or 919-402-2112.