A Snapshot of Workplace Fraud 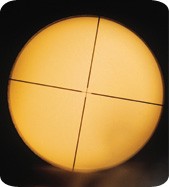 The 2010 Report to the Nations on Occupational Fraud and Abuse takes a comprehensive look at workplace schemes, their perpetrators, how the crimes were ultimately detected and their estimated cost.

The report, released this month by the Association of Certified Fraud Examiners, is based on data compiled from a study of 1,843 cases of occupational fraud that occurred worldwide between January 2008 and December 2009. All information was provided by the Certified Fraud Examiners who investigated the cases. The study examines a wide range of misconduct by employees, managers and executives. “Occupational fraud schemes can be as simple as pilferage of company supplies or as complex as sophisticated financial statement frauds,” the report says.

For the first time, the ACFE expanded the study to include cases from countries outside the U.S. The findings include feedback from 106 countries, with more than 40% of the cases happening outside the U.S.

The charts and graphs featured here, which are global in scope unless otherwise indicated, are just a slice of the overall results. To read the full report, available June 2, go to acfe.com/rttn.

Click any chart to enlarge it and open it in a new browser window. 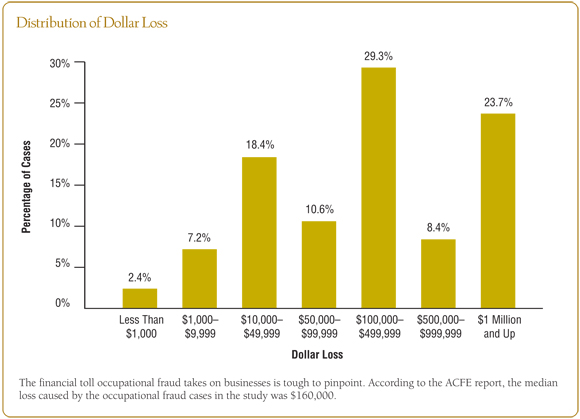 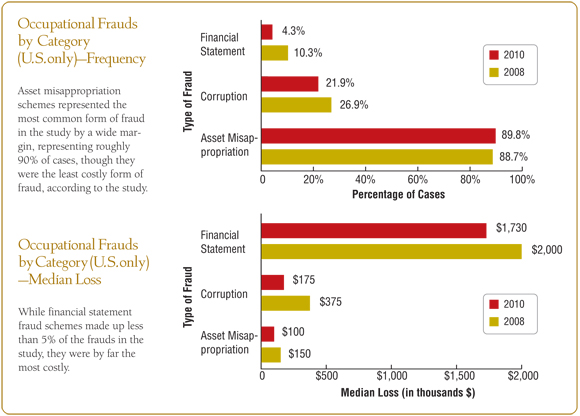 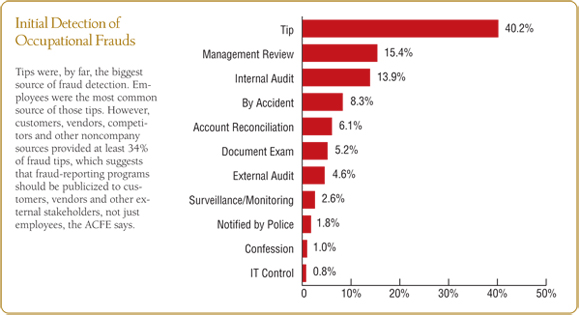