EIN Retention When Converting a Corporation to an LLC 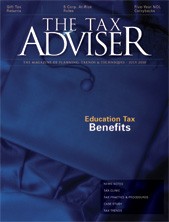 A company that is considering converting a corporate subsidiary to an LLC should determine whether the EIN will be reassigned to the LLC before filing any state conversion document. If the historic EIN of the predecessor corporation has been used on federal and state employment tax returns and to obtain state licenses and registrations, the economic cost of having to obtain a new EIN for the LLC could be substantial. For example, a company’s payroll service may have to implement new databases for entities with new EINs, which can be time-consuming and costly. Furthermore, for an entity that receives state Medicare and Medicaid reimbursements, any interruption of an EIN can cause significant delays in receiving these reimbursements.

CONVERTING A STATE LAW CORPORATION TO AN LLC

A conversion is a mere change in the legal status of a business, while a merger is the joining of two separate legal entities. The IRS ordinarily will reassign the EIN of a corporation to a successor LLC if the corporation converted to an LLC under state law, but the steps involved vary based on local law.

A tax adviser should not assume that the state filings are the same, for example, for a Delaware conversion and a California conversion. Furthermore, in those states that do not have a conversion statute, converting a corporation to an LLC is not an option.

Companies ordinarily give much attention to the various steps involved in reorganizing a corporate structure. That attention should include a thoughtful analysis of what will happen to the historic EIN of a corporation that is to be converted to an LLC.

For a detailed discussion of the issues in this area, see “Conversion of Corporation to LLC Raises EIN Retention Questions,” by Jared Douds, CPA, and Kevin Curran, J.D., LL.M., in the July 2010 issue of The Tax Adviser.

Also look for articles on the following subjects in the July 2010 issue of The Tax Adviser: