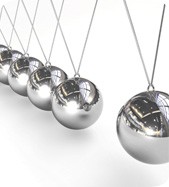 Businesses with a need for a cash infusion may be able to obtain one quickly as a result of a tax refund from recently expanded net operating loss (NOL) carryback allowances. These provisions address the fact that, although a net loss may appear in only one tax year, it represents weaknesses that may have arisen over years in which their effect was temporarily masked by favorable income opportunities. Then, once the economy recedes and the business posts a loss, it would otherwise be unable to obtain tax benefits from the amount of loss that exceeded income in that tax year. In a sense, these provisions acknowledge swings in the business cycle and help smooth them out. In addition, for many struggling businesses in a tight credit environment, these provisions can provide much-needed cash flow.

This article describes some of the provisions of federal law that can be used by businesses with NOLs to obtain cash refunds of taxes paid in prior years or to reduce tax liabilities in future years. It also discusses procedures that may help businesses thereby due a refund to receive it relatively quickly. Similar techniques for taxes at the state and local level are not discussed here but should not be overlooked.

IRC § 172 allows for carryforwards and carrybacks of an NOL. The general NOL carryback period is the two years preceding the loss year. If the NOL is not fully used on the carryback, it may be carried forward for the 20 taxable years following the loss year. A taxpayer may elect to waive the two-year carryback and carry the entire NOL forward, but an immediate tax refund may be considered more beneficial. The carryback period for purposes of the alternative minimum tax is the same as the period chosen for the regular tax.

Under the American Recovery and Reinvestment Act of 2009, for a tax year that began or ended in the 2008 calendar year, an “eligible small business” could elect a three-, four- or five-year NOL carryback period for certain losses, instead of the usual two-year period. An eligible small business is one whose average annual gross receipts for the three tax years ending with the year of the NOL are $15 million or less. For tax years ending after Dec. 31, 2007, and those beginning before Jan. 1, 2010, the Worker, Homeownership and Business Assistance Act of 2009 removed the eligible small business requirement, making the extended carryback period available to businesses of any size. However, the election may be made for either 2008 or 2009 but not both. In addition, if an NOL is carried back to the fifth preceding year, it can be used to offset only 50% of the taxable income in that carryback year. This extended carryback period will benefit many taxpayers by providing a relatively quick cash infusion of a larger amount than would be available with a two-year carryback. See Revenue Procedure 2009-52 for IRS guidance on making the carryback election.

Although these provisions are temporary a carryback period longer than two years may be available under other provisions of the Internal Revenue Code—some of them permanent—for businesses and individuals in particular circumstances. They include:

Three other common carryback opportunities also should be kept in mind:

An individual, estate or trust can obtain a tentative (quick) refund of taxes paid in prior years by filing a Form 1045, Application for Tentative Refund. A corporation uses a Form 1139, Corporation Application for Tentative Refund. The tentative refund form must be filed within one year after the end of the year in which the NOL arose. If this form is properly and timely filed (with all required attachments), the refund will be issued within 90 days after the later of (a) the date the form is filed or (b) the last day of the month that includes the due date (including extensions) of the tax return for the loss year. Although the IRS will issue a refund pursuant to a tentative refund claim, it can later audit the tax returns involved and recover the refund as well as any other tax deficiency that might exist. However, if the tentative refund is properly filed, the IRS will issue the refund check within the 90-day period. The IRS has math and computational error correction authority in a limited examination to change the taxpayer’s loss amount or related adjustments, and its decision is final, but the IRS may not make other, unrelated changes for the carryback year, such as decreasing a depreciation deduction or increasing gross income. See Treas. Reg. § 1.6411-3. The instructions for filing the Form 1045 should be carefully followed, including attaching all required forms (for example, copies of all schedules K-1 from partnerships, S corporations, estates or trusts that contribute to the carryback).

If the tentative refund approach is not used, a taxpayer may file amended tax returns for the carryback years to obtain the benefits of an NOL carryback. However, the IRS usually takes longer than 90 days to process an amended return, and it can conduct an examination of the loss year and/or the carryback years before issuing a refund. Handling an examination will often involve considerable time, during which any refund will be delayed. Obviously, if the examination discloses an issue, the refund might not be issued, and a tax deficiency might arise.

In certain circumstances, two additional procedures can enhance corporations’ cash flow in a poor economic environment. If a corporation expects an NOL in a particular year (for example, 2010) that it expects to carry back to the immediately preceding year to obtain a refund, and its tax for the immediately preceding year is not yet due (normally, the tax for calendar 2009 would be due on March 15, 2010), the corporation may be able to obtain an extension to pay the tax.

Otherwise, to avoid penalties, the corporation would have to pay the tax for the preceding year, file its return for the preceding year, wait until the end of the current year in which the NOL arose, file its tax return for that year, and then file Form 1139. While a refund should be forthcoming within 90 days after the Form 1139 is filed, the corporation could instead extend the payment period by filing Form 1138, Extension of Time for Payment of Taxes by a Corporation Expecting a Net Operating Loss Carryback. Interest is charged for the period the tax payment is extended.

Form 1138 must be filed after the start of the tax year of the expected NOL but before the tax liability for the preceding year must be paid (that is, March 15 for a calendar-year corporation). The extension for paying the preceding year’s tax runs to the end of the month in which the return for the year of the expected NOL is required to be filed (including extensions). A corporation in this situation may further extend the time for payment of the prior year’s tax by filing a Form 1139 (see above) before the period of extension terminates. The payment will be further extended until the IRS informs the corporation that it has allowed or disallowed the tentative refund.

Besides NOL carrybacks, another procedure allows a corporation that has paid in more estimated tax for the current year than it needed to have paid, based on currently anticipated income (or loss) to obtain a quick refund of the overpaid estimated tax without waiting to file its tax return for the year and then waiting for its refund check several months thereafter. This refund can be obtained by filing a Form 4466, Corporation Application for Quick Refund of Overpayment of Estimated Tax. The Form 4466 must be filed after the close of the taxable year and before the 16th day of the third month after the end of the year (March 15 for calendar-year corporations). It must be filed before the corporation files its tax return. The expected overpayment of estimated tax must exceed 10% of the corporation’s expected tax liability and be greater than $500. The IRS will act on a properly filed Form 4466 within 45 days from the date it is filed. However, care should be exercised not to ask for too large a refund, as that could expose the corporation to a penalty for underpayment of estimated tax.

Generally, an NOL can be carried back as many as two years and forward as many as 20. Recent legislation expanded the carryback period for tax years beginning before Jan. 1, 2010, to as many as five previous years. A carryback period longer than two years may also be available for an NOL or portion of it attributable to particular causes or circumstances specified in the Internal Revenue Code.

Taxpayers with an NOL carryback refund claim may file Form 1045, Application for Tentative Refund, which generally is preferable to filing an amended return. The processing time for a tentative refund is 90 days, and the IRS’ examination authority is limited; an amended return, on the other hand, usually takes months to process and could result in an audit before any refund is issued.

Besides NOL carrybacks, a corporation that needs cash and has overpaid estimated taxes based on anticipated income or loss can request a quick refund of the amount overpaid after the close of the tax year but before filing its tax return.

Use journalofaccountancy.com to find past JofA articles. In the search box, click “Open Advanced Search” and then search by title.